Is there any better news for Manchester United fans this morning other than this? After signing Angel Di Maria on a British record transfer fee, reports from Italian daily Gazzetta Dello Sport have claimed that United have reached an agreement to sign long term target Arturo Vidal from Serie A Champions Juventus. 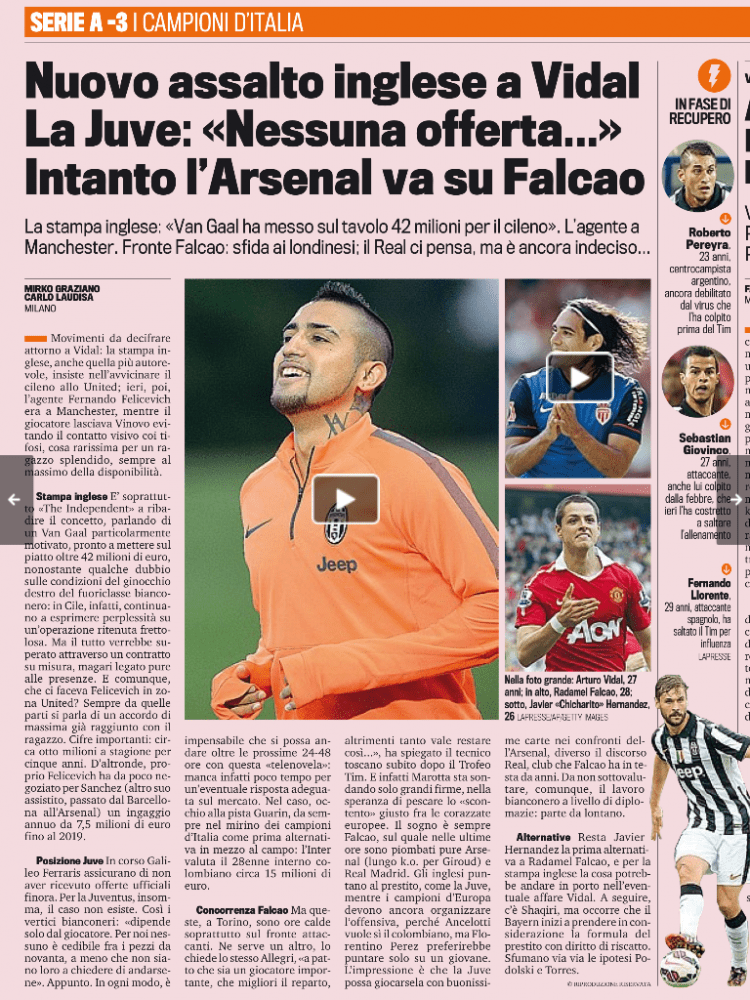 The report claims that Vidal’s agent Fernando Felicevich was present in Manchester yesterday but the details of the Chilean’s visit isn’t however mentioned. One can only speculate that it was about his client’s move to Old Trafford. Also there has been a small mention that yesterday in the Old Lady’s training centre in Vinovo, Vidal avoided eye contact with the fans.

Moreover, Carlo Laudisa, Italian journalist for the Gazzetta dello Sport had also tweeted about the agent’s presence in Manchester which hints to only one conclusion.

Another Italian media outlet La Stampa have also reported about Felicevich’s trip to England and its is believed that should United now put their final bid to the Bianconeri, Vidal will sign a 5 year deal with the Red Devils as personal terms have already been agreed upon.

The Report from La Stampa have also mentioned that Chilean bookmakers have reduced the odds for Vidal to sign on the dotted lines at Old Trafford.