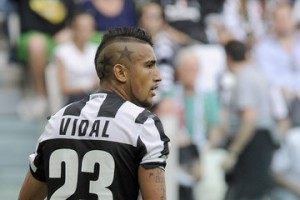 The news that Manchester United fans around the world have been longing to hear might not be too far away now. Right from the start of the transfer window, Juventus’ Arturo Vidal has been linked with a move to Old Trafford, but the two clubs were unable to strike a deal. Now, it looks like the move is finally on the verge of completion.

United have made a renewed bid of €56 million (£45 million) for the Chilean midfielder and Forza Italian Football have reported that the talks between the clubs have reached an advanced stage. Vidal could be a Manchester United player as early as the weekend, if the transfer fee is accepted by Juventus. The move of course, will be subject to a medical.

United manager Louis Van Gaal wants to take no chances with Vidal, who has had his fair share of knee and ankle injuries in the past. The Dutchman will want to make sure he is absolutely fit before finalising the transfer. 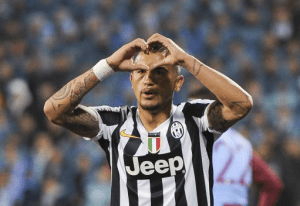 The Red Devils have already spent around £60 million in the transfer window so far, bringing in Ander Herrera and Luke Shaw from Athletic Bilbao and Southampton respectively. The most problematic area for United last season though, was the central midfield and Vidal is arguably the best option in the whole world. The 27 year-old scored an incredible 18 goals last season for Juventus, leading them to their third consecutive Scudetto title.

Were the deal to go through, Vidal would become the costliest player in Manchester United’s history.