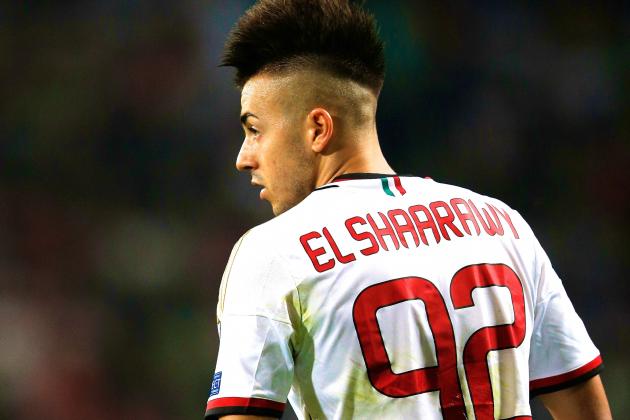 Once AC Milan’s great hope, Stephan El Shaarawy is at a crossroads in his career. The Italian Egyptian was once labelled as Italian football’s next best thing, but events that have unfolded in his career since have been the worst possible reflection of his wonderkid status.

El Shaarawy is 23 now, and could soon be playing with a third club in the space of a year. Il Pharaone’s contract situation at French principality club Monaco means the forward is edging towards the end of his loan deal at the club. According to the terms of his loan move, Monaco are compelled to buy him outright at €14m should he play in 25 games.

And the fact El Shaarawy has already played 24 games for Monaco means the French club will be forced to pay up if he plays another game. Monaco have apparently already told Milan they don’t want to buy El Shaarawy, a fact which puts the player in limbo. The ex-Genoa man has been part of the national team set up recently, and an abrupt end to his season will be a blow ahead of next summer’s Euro 2016.

This is where Arsenal could sneak in to get a player of a certain European pedigree for little money. Arsenal are atop the Premier League table, but have been searching for the right blend of attack to finish the numerous chances created per game by the otherworldly Mesut Ozil.

El Shaarawy is a needle player, who is effective in small spaces and has low centre of gravity. The fact Theo Walcott has been missing presentable chances this season owing to his poor touches at crucial moments and places makes a case for Arsene Wenger to go for El Shaarawy.

The Italy international has pace to burn, and his tricky feet could be the latest unsettler for Premier League defences as Wenger’s men bid for their first title in 12 years. A winger with an eye for goal and considerable European pedigree, Arsenal could do a lot worse than not consider the open door of El Shaarawy.

27 goals and 14 assists in 102 appearances during his time at Milan prove his immense potential, and at his age, things haven’t gone too out of hand. And we all know how good Mr. Wenger is with young talents.