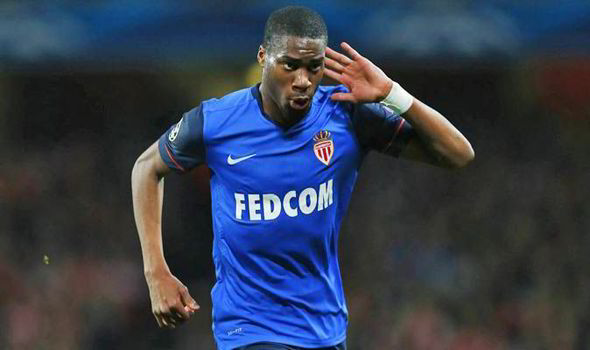 Arsenal may miss out on another important target, midfielder Geoffrey Kondogbia from Monaco. According to Gianluca Di Marzio, AC Milan are in contact with the player and his representatives and are confident of bringing him to the San Siro. According to the report, Kondogbia will cost €30 million, but that is a price the Serie A outfit is willing to play. The club’s vice-chairman and CEO Adriano Galliani has made the Frenchman one of his prime targets for the summer.

Arsenal need some steel and physicality in midfield, and Kondogbia fits the bill perfectly. A big and strong player, he adds stability and insurance to his side, operating expertly in front of the back 4. And as the Gunners know very well, he can be a threat from range too, as it was he who scored the opener in Monaco’s 3-1 win at the Emirates last season.

Francis Coquelin has added a lot of security to Arsenal’s backline since his introduction to the side at the turn of the year. Having another player adroit at breaking play up and dominating opponents, though, is vital if they are to mount a serious challenge for the title next season.

If AC Milan get the better of Arsenal in this deal, it may not be the only time they do so this summer. Another one of the Gunners’ targets, striker Jackson Martinez, is also on the Rossoneri’s radar, and it emerged earlier in the week that they were close to negotiating a deal for the Colombian.

Arsene Wenger must be careful not to lose out on the players he needs for next season. It is widely acknowledged that Arsenal need a world-class striker and a world-class midfielder at least to challenge the likes of Chelsea and Manchester City. In the past, Wenger has been accused of being too soft in his pursuit of big players. At the current rate, he is in danger of doing so again this summer.