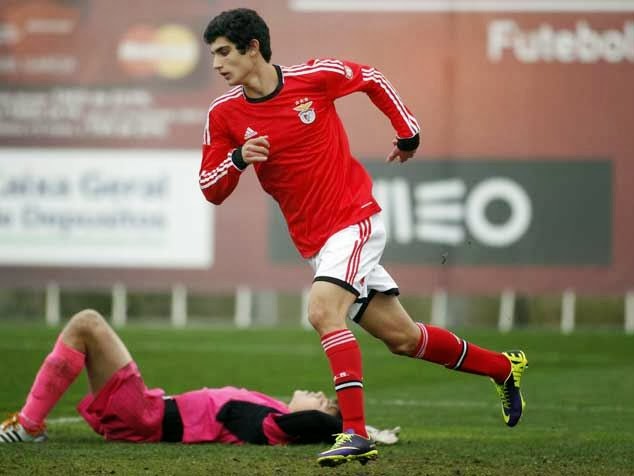 Arsenal are in talks to sign Portuguese wonder kid Goncalo Guedes from Benfica in the summer, according to the Guardian.

The 17 year old has come up the ranks from Benfica’s youth system, with Arsene Wenger believed to be interested in the player who has been dubbed the ‘next Cristiano Ronaldo’.

It is widely known that Wenger had Cristiano Ronaldo at Arsenal’s training ground when he was a youngster but failed to sign the Portuguese talisman, and Arsenal scout Gilles Grimandi has warned Wenger not to risk making the same mistake with Guedes.

Guedes has played for Portugal already at three different levels of international football; under-16, under-17 and under-18 level and has caught the eye with his dazzling performances on the pitch. Capable of playing as a second striker and also as a winger proves his versatility despite his tender age.

Benfica under Jorge Jesus have clinched the domestic title last weekend and are trying to tie Guedes down to a new contract. It is believed that the Portuguese side are also trying to set a high buy-out clause to fend off interest from foreign clubs.

AC Milan and Borussia Dortmund are also believed to have kept an eye on the youngster this season after he impressed in the UEFA Youth League.