Arsenal are reportedly interested in signing the highly rated French youngster M’Baye Niang from AC Milan and are ready to submit an offer of €8m for his services in the January transfer window. 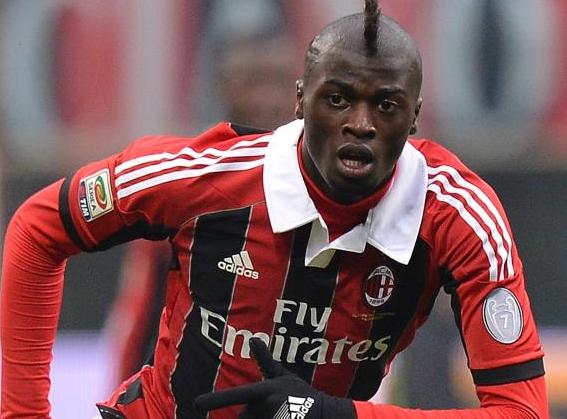 English press Daily Star and Daily Express both have covered the news and have credited “Italian source/Reports on the continent” as their source.

Italian media Calciomercato have picked up the news from them as they clearly mention Daily Express as their prime source.

Actually, it all started from a blog from popular Sky Italia journalist, Gianluca di Marzio, who has made a strong reputation of himself for producing great transfer scoops.

In his blog, published on 29th October, he says, Milan CEO Adriano Galliani is planning to improve his team with players like Adil Rami and Keisuke Honda while Mbaye Niang and young Colombian defender Jherson Vergara will leave to make room for the new additions. However, he didn’t mention any link with Arsenal in his article rather he has written about any potential move to Genoa or Sampdoria for the Frenchman.

Niang was one of the prime targets of Arsenal couple of seasons back. The player even had a trial at Arsenal where he impressed everyone. However, the Gunners couldn’t agree a fee with his then-parent club Caen and in the end he was sold out to Serie A giants AC Milan.

Therefore, his future has come under speculation with reports claiming that the Gunners could sign him in the winter transfer window. Arsenal would be looking to add quality players to their ranks and since he was already a top target for them coupled with Wenger’s penchant for young players means he became an easy transfer target.