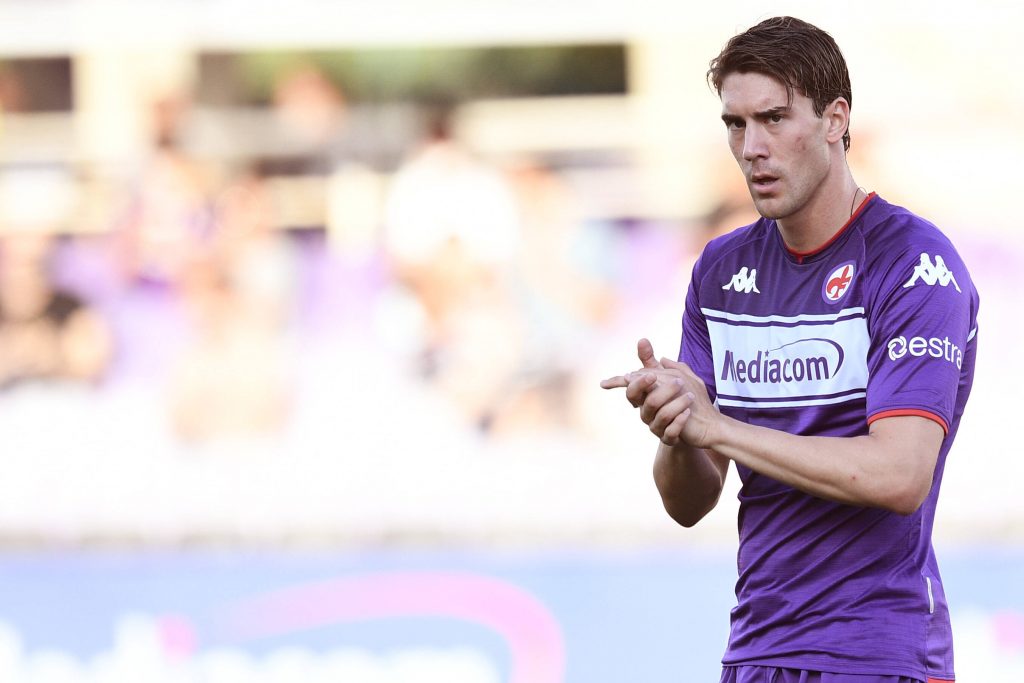 The Gunners are searching for a new striker, and they have been heavily linked with Inter Milan’s Lautaro Martinez over the past couple of weeks.

It appears that Arsenal are also keeping tabs on other targets. Vlahovic, who is on Spurs radar, is in ‘their sights’ for a transfer.

The Gunners could have the edge over their north London rivals, who may only pursue Vlahovic if Harry Kane heads for the exit door.

Vlahovic won’t come cheaply for either club with a hefty €60 million price tag. His agent recently met with La Viola’s representatives to discuss his future.

Vlahovic has developed into a quality goalscorer over the past 12 months in Florence.

He netted 21 goals from 37 Serie A games. There are no surprises that he is in demand.

Fiorentina would ideally prefer to keep him, but his contract expires in less than two years.

The striker has the attributes to succeed in the Premier League with strong aerial presence.

He is a traditional centre-forward, who prefers to hold his line rather than dropping deep.

However, the 21-year-old has gifted pace, and he could fit perfectly into Mikel Arteta’s plans.

His attributes are familiar to former striker Olivier Giroud, but he is more mobile.

The price tag could be a stumbling block, but they will hope to negotiate a lesser fee.