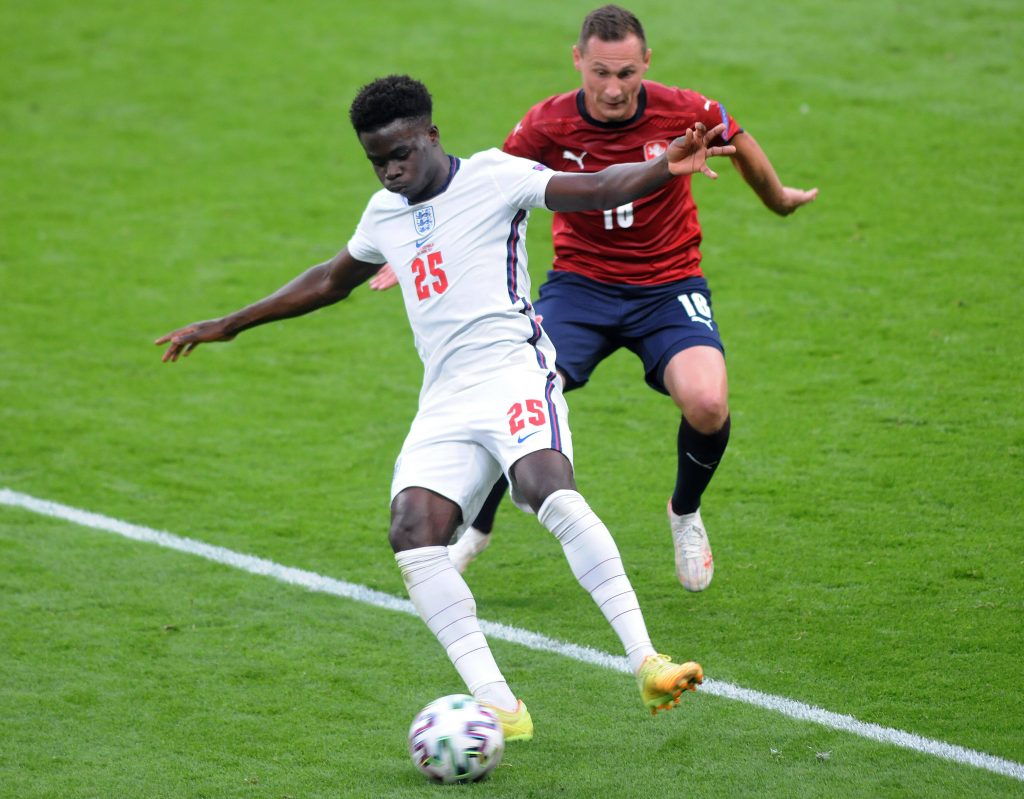 A selection of Arsenal fans were delighted with Bukayo Saka’s performance during England’s 1-0 win over Czech Republic last night.

The 19-year-old was handed a surprise start ahead of Marcus Rashford and Jadon Sancho on the right wing. He proved his worth with a solid display.

Saka impressed with his spatial awareness and close control from deeper positions, managing more take-ons than any other player (4).

He had 52 touches with a 86 percent pass success rate and played his part in the opening goal scored by Raheem Sterling in the 12th minute.

Saka was rewarded the man of the match award after the slender victory. It was his third accolade in just his fifth cap for the Three Lions.

Several Arsenal fans on Twitter were happy for him. Here are a few reactions.

That’s back-to-back MOTMs for our starboy at England now. He HAS to start in the round of 16! 💫 pic.twitter.com/GkP9DJf25x

What a player Saka is 🌶😍

England have won every game when Saka has started for them pic.twitter.com/HX0W69JaX7

I swear admitting Saka is a baller isn't twerking for Arsenal , it's just accepting reality and having common sense 😃 pic.twitter.com/BIAKk78WOh

Saka has 3 MOTM awards in 4 starts for England! Starboy 🌟 pic.twitter.com/mRkdB3ETlf

Terrific performance by Saka. He's taken so much initiative to make himself available all times, to drop deeper, help initiate attacks (opening goal) and make the right runs during transition. His positional awareness is top-notch – he always knows where to be. Just 19 years old.

Questions were raised when Saka got the nod over Sancho, but he ended the game as one of the stand-out performers for the Three Lions.

Aside from his attacking contributions, Saka also helped his team defensively, and it was a quality all-round display from the Gunners graduate.

Phil Foden was rested as he was already booked early in the tournament and would have been suspended for the last 16 with another yellow card.

It remains to be seen who plays on the right wing in the round of 16. Gareth Southgate has a tough decision to make between Foden and Saka.

Saka, who is valued at £58.5 million by Transfermarkt, will hope to retain his spot.