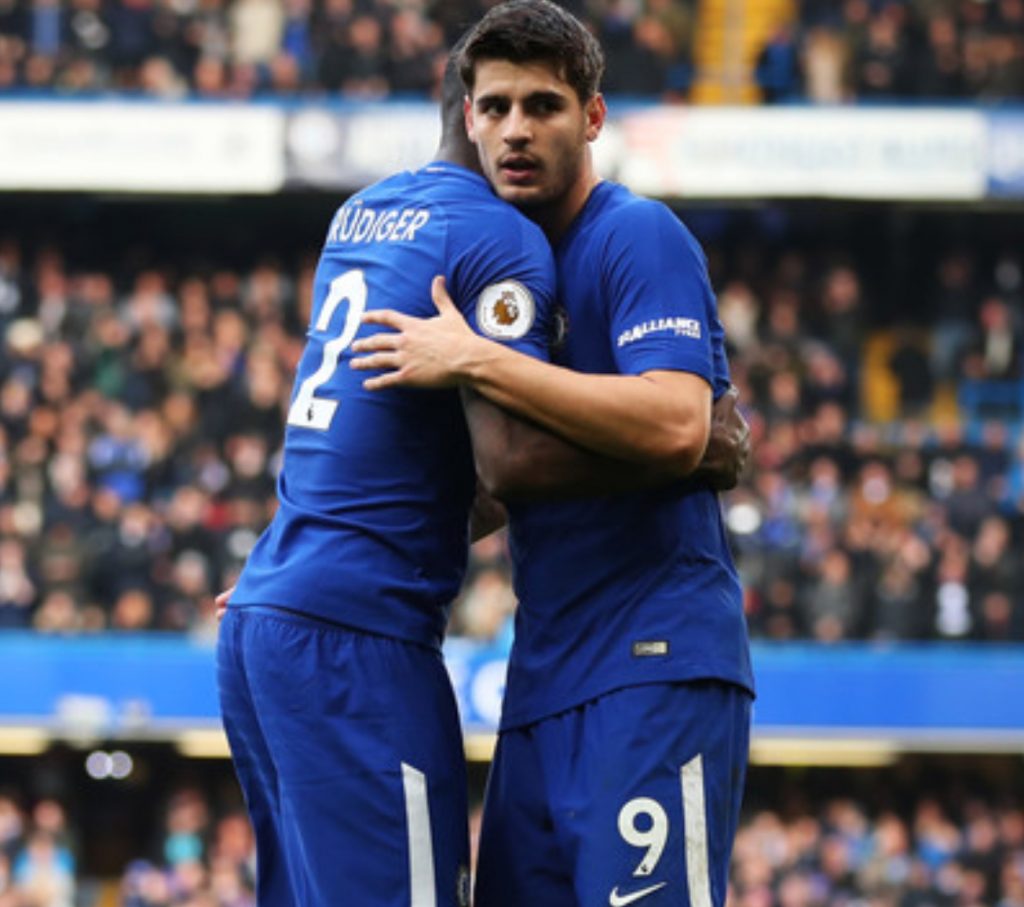 Chelsea defender Antonio Rudiger has come out in support of teammate Alvaro Morata.

The Spanish striker has struggled to find the back of the net recently, and pressure is growing on the former Real Madrid man.

The 25-year-old scored 7 goals in his opening 8 games for the West London club. However, his form has dropped off having scored only 5 in his last 21 appearances.

“As a striker it’s normal that you want to score. Of course there are a times when the head is down a little bit”.

It has been evident that Morata has looked ‘out of sorts’ in recent weeks, as emphasised by his teammate.

Rudiger continued by giving the striker his full backing:

“It’s just a difficult period for him and I hope the best for him. Sometimes there are spells when you score and don’t score, but his effort for the team is good and he always tries. If he scores again, everything will be fine”.

The remainder of the season could prove to be huge for Alvaro Morata. Chelsea are fighting on four fronts in their quest for silverware, and need him at the top of his game to succeed.

Attempting to justify the £58m transfer fee could be the reason for his drop in form. However, with the way the market has inflated, he could well prove a bargain.

It also can’t be easy replacing a player of Diego Costa’s ilk. The Brazilian born striker was a huge fan favourite at the bridge. He delivered for blues fans time after time, despite his arrogance and ego sometimes getting the better of him.

Antonio Conte has made no secret of wanting to add another striker to his ranks. Michy Batshuayi is simply not trusted by the Italian.

Some healthy competition may well be all it takes for blues fans to see their star man find the back of the net on a regular basis again.

Morata must also have one eye on his place in Spain’s World Cup squad. Especially as one of his competitors for a spot is none other than… Diego Costa.