Chelsea manager Antonio Conte is reportedly unhappy at Stamford Bridge and is eyeing a return to Serie A with Inter Milan.

Italian outlet La Repubblica are reporting that Conte has a poor relationship with Roman Abramovich and is in touch with the owners of Inter Milan regarding a return to Italy. The report makes very little sense considering the fact that Conte recently signed an extension with the Blues. 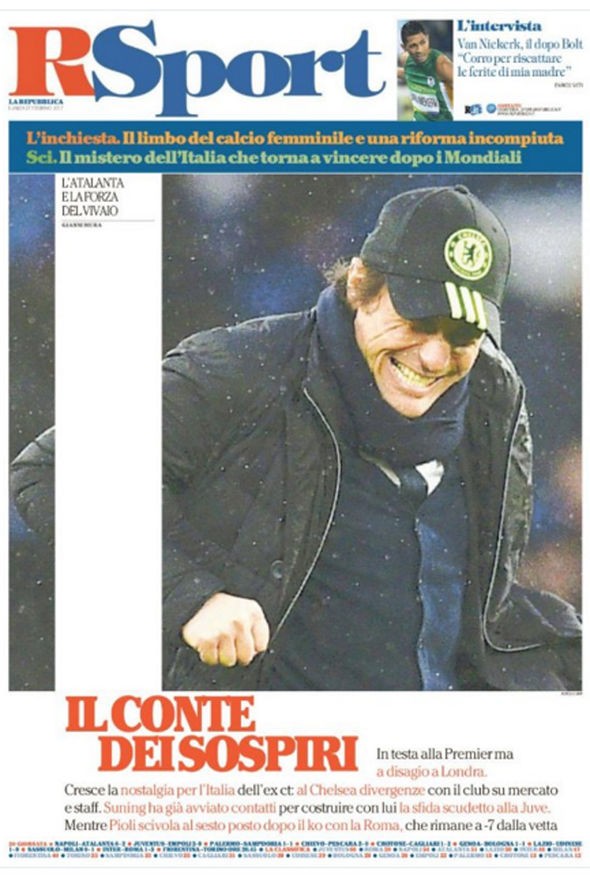 Apparently, Abramovich has not allocated the summer transfer funds yet and therefore it is difficult for the manager to plan his targets in advance. Furthermore, Conte asked for six new coaches when he joined the club, but the Russian owner allowed him only three.

Apart from the deteriorating relationship with Abramovich, Conte is feeling homesick according to the report. The Chelsea manager’s family still lives in Italy and the former Juventus boss is missing them.

Conte has a contract at Chelsea until 2020 and it is highly unlikely that Inter will be able to prise him away from Stamford Bridge this summer. Furthermore, he is close to winning the Premier League in his debut season and will want to make his mark in Europe next year. The Italian has had a stunning start to life in English football and is already a fan favourite at Stamford Bridge.

Also, for a relatively young and ambitious manager like Conte, Chelsea is a much better option than Inter Milan. The Italian is more likely to achieve his goals with the Londoners as opposed to the San Siro outfit.