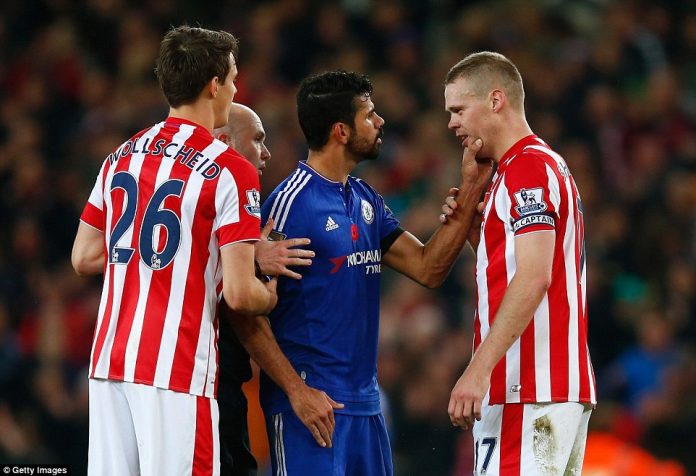 Italian national team manager Antonio Conte is expected to take over at Chelsea at the end of this season.

The former Juventus manager has already begun planning for life at Stamford bridge and according to recent reports he has requested the Chelsea owner Roman Abramovich to retain the notorious striker Diego Costa for next season.

The Spanish international has been linked with a return to La Liga with Atletico Madrid this summer but Conte is keen to hold on to him.

Diego Costa has already picked up quite a few suspensions for his antics this season and it was reported that Chelsea will consider selling him once the window opens at the end of the season.

The Chelsea star has had a season to forget this year and has only managed to find some form over the last few weeks. After a stellar debut season, Costa has disappointed massively and Conte will be hoping to change that next season.

Antonio Conte is also looking to sign the likes of Leonardo Bonucci, Radja Nainggolan and Edison Cavani for Chelsea this summer.