2018 started horribly for Antonio Conte. An indifferent start saw the likelihood of the Italian dropping through the Stamford Bridge trapdoor.

However, to the surprise of many, the former Italy manager is still firmly sat in the Stamford Bridge hot seat.

Demoralising defeats only weeks ago against Bournemouth and Watford put Conte under immense pressure. The Italian had reached the crossroads. Very much a ‘do or die’ situation as they faced West Bromwich Albion at Stamford Bridge only nine days ago.

The Baggies are having a terrible season themselves, but a huge performance was needed from The Blues to wipe away the cobwebs and put their season back on track.

A 3-0 victory ensued and the Stamford Bridge faithful went home happy once again. Even so the victory was not met without some of the #Conteout brigade venting their feelings on social media. 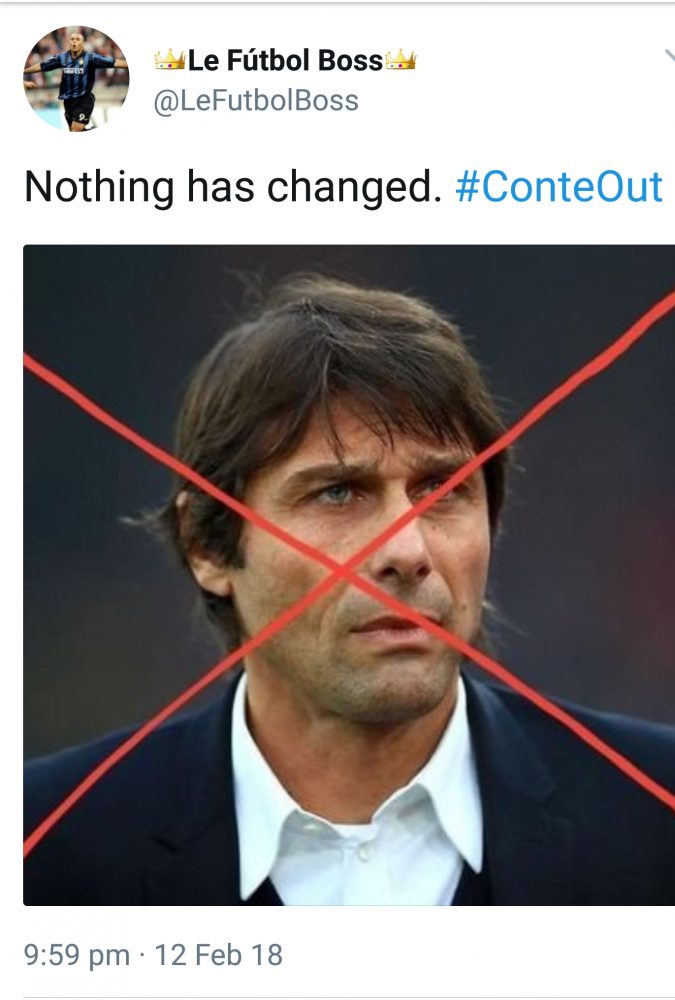 In all fairness you will always get a few who don’t like to back down on what they believe in.

Onwards and upwards as The Blues faced Hull City in an FA Cup Fifth round clash four days later. A comfortable evening for Chelsea fans as they booked their place in the next round with a 4-0 victory.

Next up came the daunting task of facing Barcelona. Without showing any disrespect to an opponent – Chelsea fans could be forgiven for not expecting to see the same level of performance against the Catalan giants.

Team news was met with shock as Conte decided to play the much maligned ‘False nine’ tactic. The same tactic used unsuccessfully against both Bournemouth and Watford. 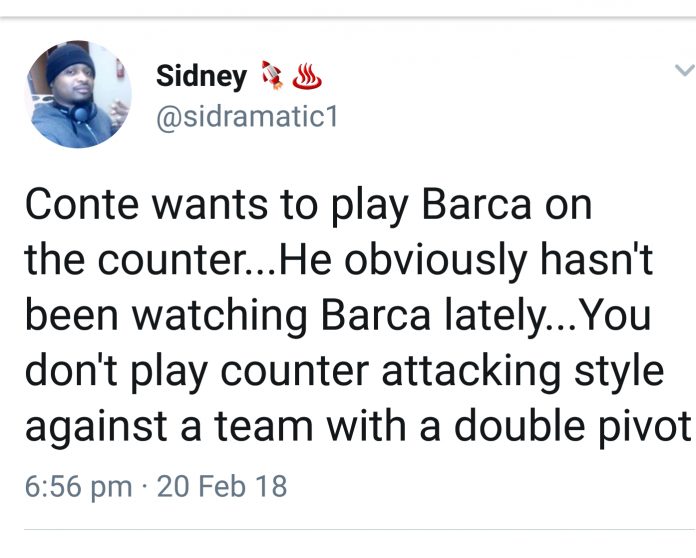 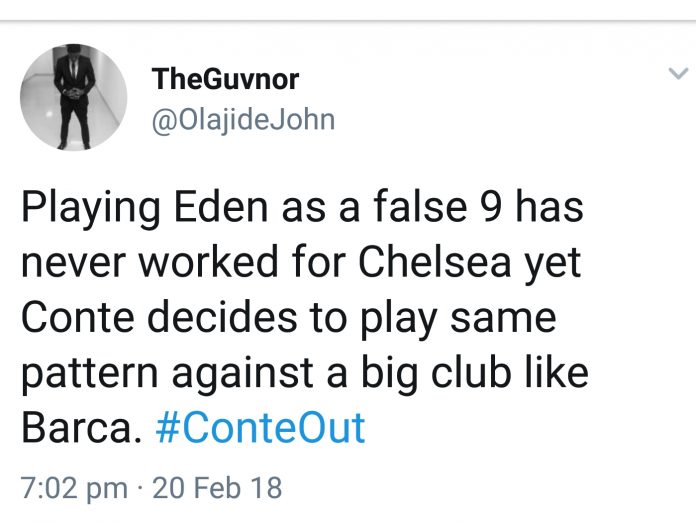 The plan was to stifle Barcelona’s star-studded attack. Whether Chelsea could show enough ambition going forward remained to be seen.

The tactic worked perfectly as Willian came close by hitting the woodwork on two occasions during the first half.

The Brazilian went one better during the second period by lighting up Stamford Bridge with a fabulous strike. Unfortunately, the excitement was short-lived as an error led to Lionel Messi being gifted an equaliser.

Conceding an away goal leaves Chelsea will work to do in the 2nd Leg at the Camp Nou.

Optimism rang through as Blues fans look forward to what could be a memorable night in Spain. 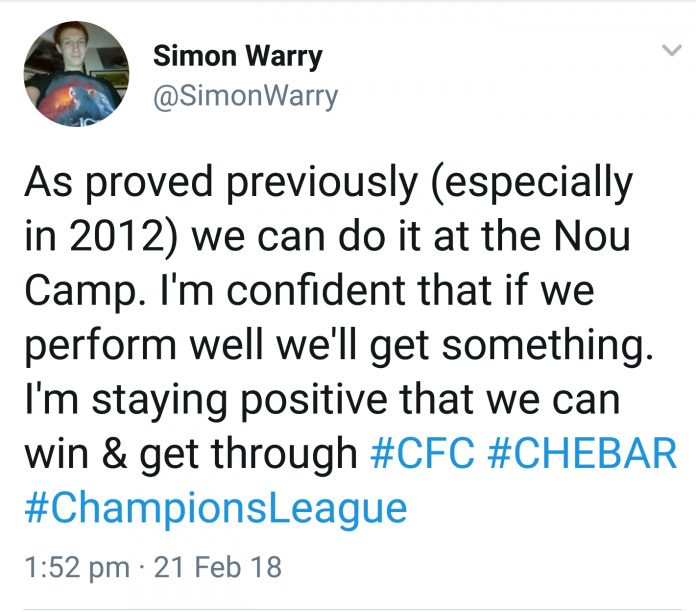 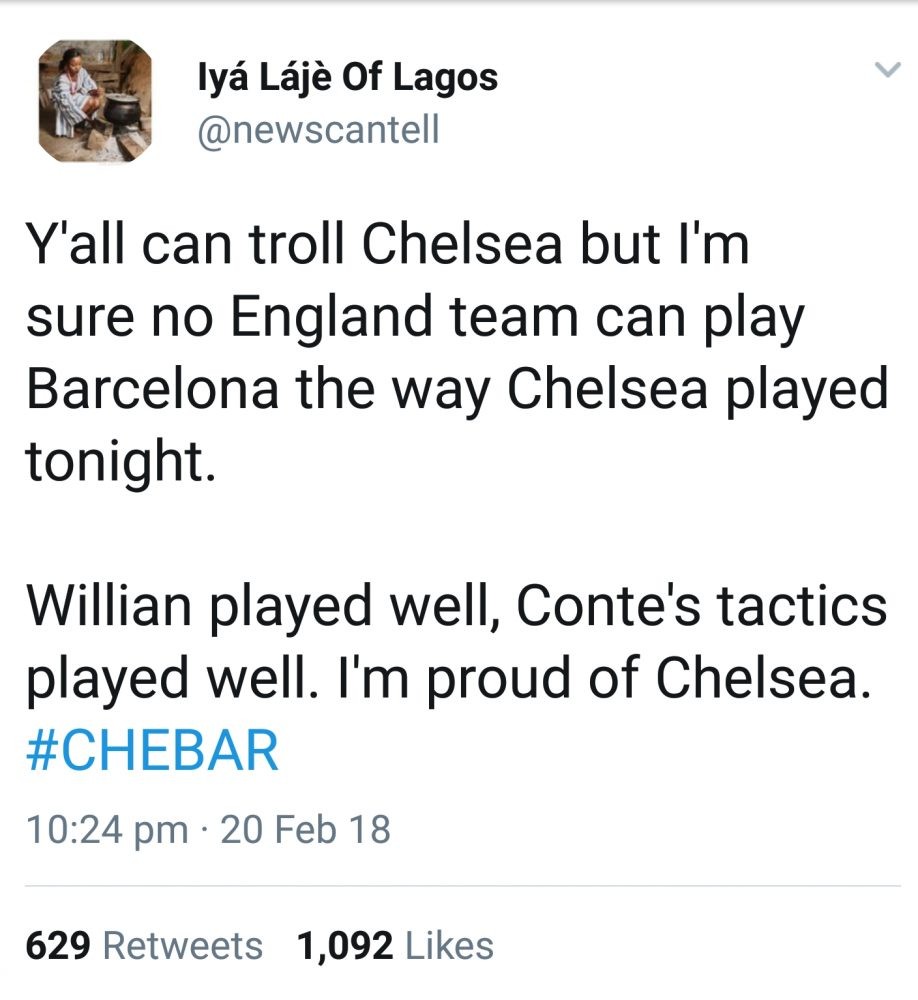 The Tables Have Turned

Only a few short weeks ago Antonio Conte had his days numbered. Now things certainly look brighter for the Italian.

Next up is a trip to Old Trafford, closely followed by another visit to Manchester the following week against City.

Who knows what a couple of victories could do for Chelsea’s morale. The next few weeks still leave an air of make or break to The Blues season. But for now there is due cause for optimism as Don Antonio looks to turn things around.