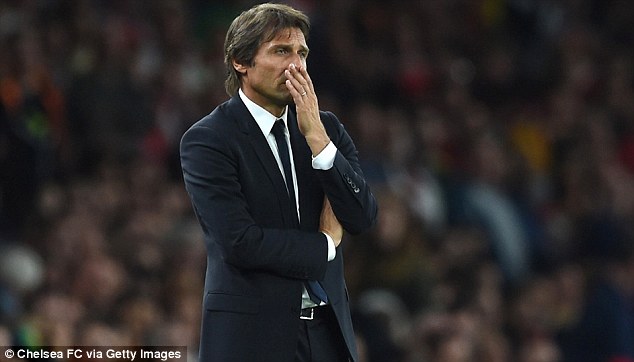 Chelsea manager Antonio Conte has admitted want-away players could leave in January, so long as the club identify able replacements. The Italian coach cited the importance of retaining a happy squad, hinting that those who harm the positive atmosphere could be moved on, reports Goal.

Belgian forward Michy Batshuayi, who was signed from Olympique Marseille for £35m in 2016, is one of the players who could be on his way out of Stamford Bridge this month. The 24-year-old has struggled for playing time due to Alvaro Morata being first-choice this season, making just two Premier League starts.

Despite being second fiddle in the pecking order, Batshuayi has scored and created 10 goals in 20 appearances in all competitions. However, winger Eden Hazard sometimes gets the nod in attack over his countryman, and Conte didn’t deny players might have to leave if their hopes of call-up for the World Cup squad are in jeopardy.

“I was a player, I will understand if someone is worried about the World Cup. I will understand, at the same time it’s very important to keep players very happy to stay here, to work with us and I think this must be our priority. Our squad is not big and for this reason I think it’s impossible to send on loan one player or to sell one player if we don’t take another player,” he said.

Brazilian defender David Luiz is another player rumoured to be shown the exit door by Chelsea in January, having fallen out with Conte earlier in the campaign. The ex-Paris Saint-Germain centre-back, who was re-signed for £31.5m in 2016, hasn’t started a league game since late October, and is currently suffering with a knee injury.

His alleged fallout with Conte has led to the Chelsea manager laying down the rules to his players, saying: “It’s not easy. I repeat, I prefer to have players very happy to stay here than to have players that are unhappy. When you are unhappy [as a player] you transfer this to the other players, to me, to my staff and I don’t like this, if we can avoid this I’d like to avoid this situation.”