More than just numbers, it is about the manner of the goals and his immediate impact on the team that has left everyone stunned and short of praise.

The 19-year-old young striker joined Manchester United from Marseille for a reported fee of £36m on the summer transfer deadline day.

What initially thought as a huge gamble (Louis van Gaal himself claimed that he has signed a player for the future) taken by Manchester United, as things stand, the French striker is turning out to be a bargain deal.

His movement, intelligence, awareness, and finishing are already at a level higher than average, and he can only improve from here on.

Memphis Depay, another youngster signed from Dutch club PSV, has shown flashes of brilliance already, but Martial is the one who actually injected vim and vigour into the squad.

According to a recent study from EA Sports Player Performance Index, Martial is one of the three players who are most clinical in front of goal.

Norwich City’s Russell Martin and Everton’s Steven Naismith all have an impressive shots to goal % in the Premier League, after Round Six of Premier League actions. 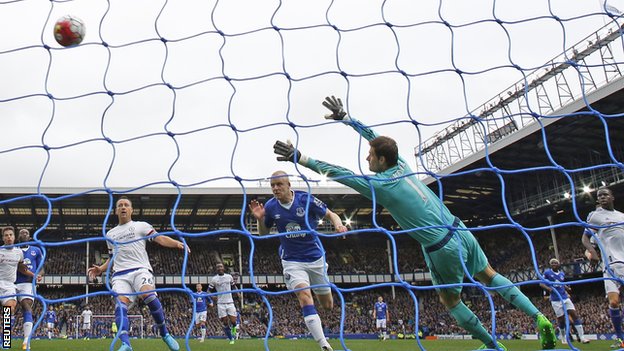 Based on shots to goal % where a player have scored at least twice, the study reveals (after week 6 in the Premier League) Martial, who scored 3 goals, has taken only 4 shots (3 on target) with a stunning 75% shot to goal ratio. (Click to Tweet)

Martin and Naismith have more-or-less identical stats, with Martin registering all the four shots on target so far. Manchester City’s Vincent Kompany has scored two goals with a 67 shots to goal per cent.

Look, there are two factors to consider here:

EA Sports have conducted another set of case study, where they reveal there are currently nine players who can be termed “One short wonders” as they have converted their only shot on goal so far.

EA Sports also publishes player stats and rankings based on their performances every week. For the week six, we have Manchester United’s Juan Mata and Chelsea’s Eden Hazard making their way into the top 20 list.

Hazard, the Chelsea winger, scored against Arsenal in the last Premier League game, and saw his numbers bump to 110 (Index). The Belgian is tied with Manchester City’s David Silva, although the Spaniard has played two games fewer than him.

Juan Mata has been a figure of consistency for United, and the Spaniard finds himself sitting comfortably in 11th place with 124 points.

Leading the table for the second consecutive week is Leicester City’s Riyad Mahrez. With an average score of 34, Riyad has taken a significant leap from other challengers, sitting on top with 207 points.

His club teammate Jamie Vardy has been in impressive form as well; the Englishman is at #7 with 144 points. Surprisingly, there are no Arsenal, Liverpool and Tottenham players in the top 20 list.