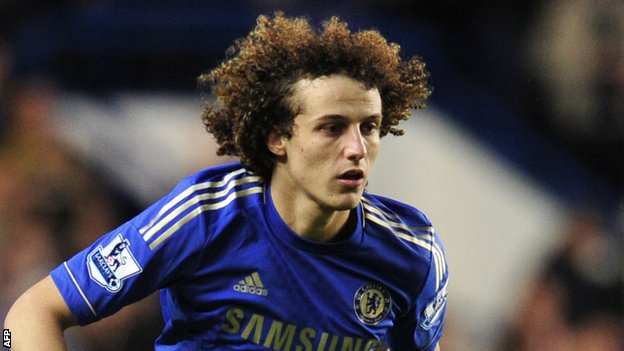 The giant 6ft 5in Swedish striker, Zlatan Ibrahimovic, has always been known for a tongue that is just as lethal as his goalscoring prowess, never being one to mince his words or sugar-coat his opinion. So when Paris Saint-Germain agreed to bring in Chelsea defender, David Luiz, for a huge, record-breaking fee for a defender of £40 million, it was probably with great relief that Luiz read a supportive Tweet from his new team mate’s Tweet yesterday:

Yet another giant for the @PSG_inside defense! Wow! I’m already looking forward to next season and vacation has only just started..

Luiz agreed the transfer to the French giants ahead of the official opening of the transfer window on June 10th and is the new record transfer fee for a defender, a record already held by PSG. Two years ago they signed Thiago Silva from AC Milan for a massive £36 million, at the time making him the most expensive defender ever, breaking a record that had stood for a decade, which was Manchester United’s purchase of Leeds man, Rio Ferdinand.

Last year the Paris club also splashed out a whopping £27 million to secure Roma’s Marquinhos, but he is being linked currently with a move to Barcelona. Barca were also very interested in attracting Luiz to the Nou Camp, so the Marquinhos rumors have now gained strength with the bushy-haired Brazilian agreeing a deal with PSG.

As much as a team needs strength-in-depth for their squad, I’m not sure even the French big spenders would require 3 central defenders totaling over £100 million! Unless of course they fancy playing David Luiz a little ahead of them as a defensive central midfielder, but my money is on Marquinhos heading to Spain.

Marquinhos has only made 21 appearances to date for Paris Saint-Germain, since joining last July, but is still hotly tipped as one of the greatest up and coming players in the world and is on the brink of breaking into a Brazilian national team that is hotly tipped to win this summer’s Word Cup. Alongside Argentina, Germany and holders, Spain, the home country will be amongst the most feared sides to meet along the way to Jules Rimet.