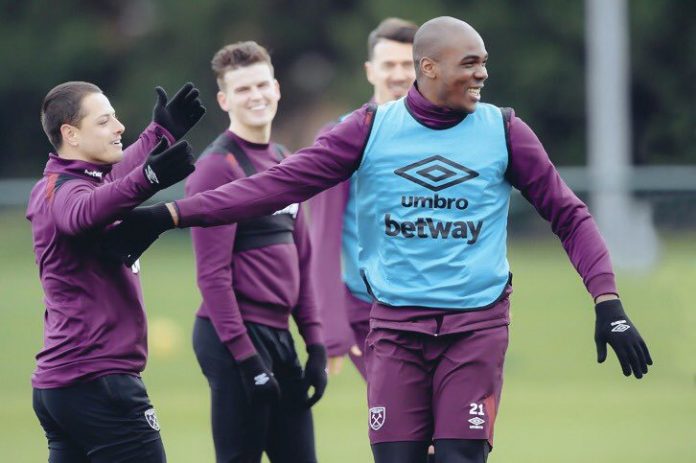 David Moyes’s side bounced back from three straight defeats to seal a crucial 3-0 victory in the Premier League against Southampton at the London Stadium.

Ogbonna started the game, and played the entire 90 minutes. He was rock solid at the back alongside Declan Rice, and helped his side keep a clean sheet.

The 29-year-old posted a picture of West Ham players doing a huddle, with a caption “always together” and using hashtags #happyeastertoeveryone and #squad.

West Ham needed to respond strongly after their recent poor performances. Joao Mario opened the scoring for the Hammers, and Marko Arnautovic scored twice to give them a 3-0 lead at the break.

Ogbonna has made 25 Premier League appearances for the Hammers this season, and was brilliant against the Saints.

He made one interception, and six clearances during the game, according to whoscored.com.

With this victory West Ham have moved to 14th in the Premier League table, five points clear of the drop zone.

Hammers fans responded to Ogbonna’s tweet and praised him for his performance. Here are some of the selected tweets:

Good to see you and Declan at the back yesterday Angelo ?

Oggy, you was immense yesterday, keep it up fella! ⚒