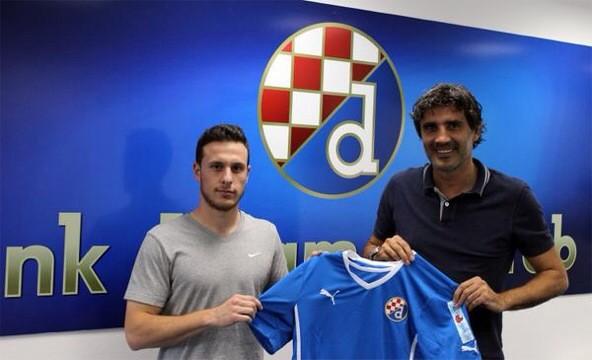 The exciting Chilean forward was signed by United in 2012 from Univerdidad de Chile, and was loaned to Zagreb. His game time at the club was bound to get reduced following the arrivals of marquee names likes Radamel Falcao and Angel di Maria.

Henrique has been in top form this season, with the 20-year-old having already netted 15 times for the Croatian club.

According to Prensa Football, via Caughtoffside, Zagreb boss Mamic said:

“We have bought him outright for €1m. We have already signed a contract with him for the summer. There is no doubt it is ours and deal is resolved,”

Earlier Mamic revealed that Henriquez won’t go back to his parent club unless they choose not to sign him permanently, as reported by HRSport, via Here is the City.

“Taking Henriquez depends on us, not on Manchester United,” Mamic told HRSport. “We took him with the right of first refusal, which stands at around €1.5 million, and we have already signed a contract with him for the summer. There is no longer any doubt, he is ours and the story is resolved.”