WOW! Just WOW! This is a massive news for Manchester United fans!

Real Madrid coach Carlo Ancelotti insisted that the Argentine winger could move elsewhere and it seems he has chosen Manchester United. 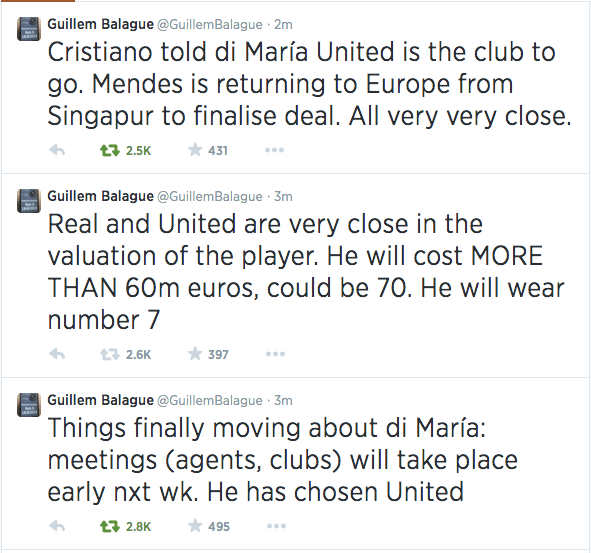 Balague claim that Di Maria would cost in the region of 60-70m Euros and he will wear the iconic no 7 shirt.

And guess what? It was Cristiano Ronaldo, his Real Madrid team mate and Manchester united legend, has advised him to join the Old Trafford club.

French giants Paris Saint Germain were also thought to be interested in signing Di Maria, but with FFP regulations hanging over their shoulders like an Albatross, they had to surrender the battle leaving Manchester United to seal the deal.

Di Maria will be a terrific signing for the Red Devils. He was one of the key players for Madrid last season, where he produced a magical performance in the Champions League final against Atletico Madrid, helping his side claim the La Decima.