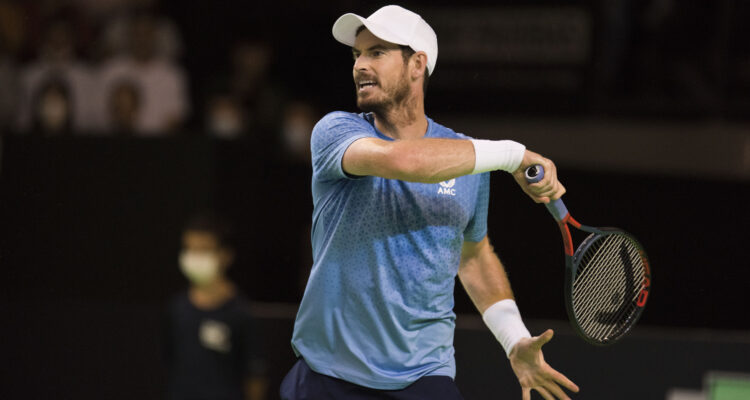 Former US Open winner Andy Murray will face Russian tennis player Roman Saifullin in the round of 16 of the Rennes Open Challenger on Wednesday. Murray fans can watch and bet on the match live online at bet365 from 17:45 BST.

Watch and bet on Murray vs Saifullin live online at bet365>livestreaming>tennis from 17:45 BST on Wednesday.

Andy Murray eased past Germany’s Yannick Maden in the first round of the Rennes Open Challenger event on Wednesday. The 34-year-old defeated the German 6-3, 6-1 in an hour and 12 minutes to proceed to the next round.

The British tennis star is the first Grand Slam champion to participate in the Rennes Open Challenger, which began in 2006 with Jo-Wilfried Tsonga winning the inaugural tournament.

Murray has been a shadow of his former self ever since his second hip surgery in 2019. We have seen flashes of his brilliance in the last few years, but he has never achieved his former level.

The 34-year-old went out of the 2021 US Open from the first round after battling for four-and-a-half hours against Stefanos Tsitsipas in a five-set thriller. He also failed to impress at the Cincinnati Masters and Winston-Salem Open, going out of these competitions from very early rounds.

Roman Safiullin, meanwhile, will be hoping to register back-to-back victories in the Rennes Open Challenger. He saw off French tennis player Manuel Guinard in the previous round, winning the match in straight sets.

The Russian is yet to make a big name in tennis, having enjoyed a career-high ATP singles ranking of No. 156 only so far. However, at 24, he has still plenty of time to develop his game and earn a big reputation in tennis.

Andy Murray and Roman Safiullin have never come up against each other in the past, so it will be the first time the two will square off with each other.

British tennis star Murray is clearly the favourite to win the first round of the Rennes Open Challenger on Wednesday. The two-times Wimbledon winner outclassed Maden in two sets, recording eight aces and committing only three double faults. However, Safiullin, who is known for his aggressive game, can spring a surprise. And backing him for victory is available at a lucrative odds of 5/2 with bet365.

How to Watch Andy Murray vs Roman Safiullin Live Stream

To watch Andy Murray vs Roman Safiullin live on Wednesday: