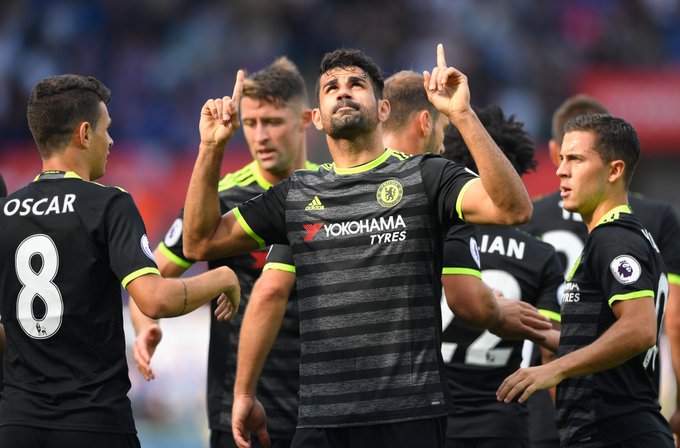 It’s difficult to describe Diego Costa without using the word ‘controversial’. Every time he plays it seems that he is involved in some sort of incident with an opposition player. However, the Spaniard has proved that when it comes to football, he is one ofthe top strikers in the Premier League, and he could be the man to fire Chelsea to the title this season.

Costa already has four goals to his name in four Premier League matches this season, and he is proving to be the key man for Chelsea. The 27-year-old scored twice against Swansea on Sunday and consistently caused problems for the Swans defence. His late equaliser added to the list of important goals he has already scored this season, having grabbed late winners against both West Ham and Watford in the opening two league matches.

But Costa has more to his game than just goals. Whereas at times in the past he has struggled to have an impact on games, he has improved both his link up, and hold up play. Against Swansea, Costa won seven free kicks, with defenders Federico Fernandez and Jordi Amat both ending the game on yellow cards, with Amat lucky to remain on the pitch.

It isn’t difficult to see that a regular goalscorer is a must if you want to be a Premier League champion. In each of the last seven seasons, the title winner has had at least one player pass the 20 goal mark in the league. Manchester United and Manchester City, who you would expect to be involved in the title race along with Chelsea, both have strikers at their disposal who are more than capable of scoring at least 20 goals a season in Zlatan Ibrahimovic and Sergio Aguero respectively.

Costa could be that man for Chelsea, and when he’s in form, he is almost unstoppable. With the likes of Eden Hazard and Willian also looking good in the early stages of the season, Chelsea must be considered among the favourites to win the title.