Rangers forward Alfredo Morelos has been handed a three-game ban after his stamp on Scott McKenna against Aberdeen.

The Colombian was sent off at Pittodrie and Rangers decided to appeal the suspension on Friday. However, the appeal was dismissed by the SFA.

Morelos has been Rangers’ best player all season and his absence will come as a blow for Steven Gerrard’s side.

However, the January signing of Jermain Defoe will certainly help. The former England international is certainly capable of easing the blow.

Morelos will miss Saturday’s Scottish Cup tie against Kilmarnock and the league game against St Johnstone on February 16. He will also be sidelined for the trip to Hamilton towards the end of this month.

Former Celtic star Chris Sutton has reacted to the ban on Twitter.

The player came up with an interesting post on social media earlier.

He posted an image on his Instagram account of him ‘shushing’, which was probably directed at his critics. 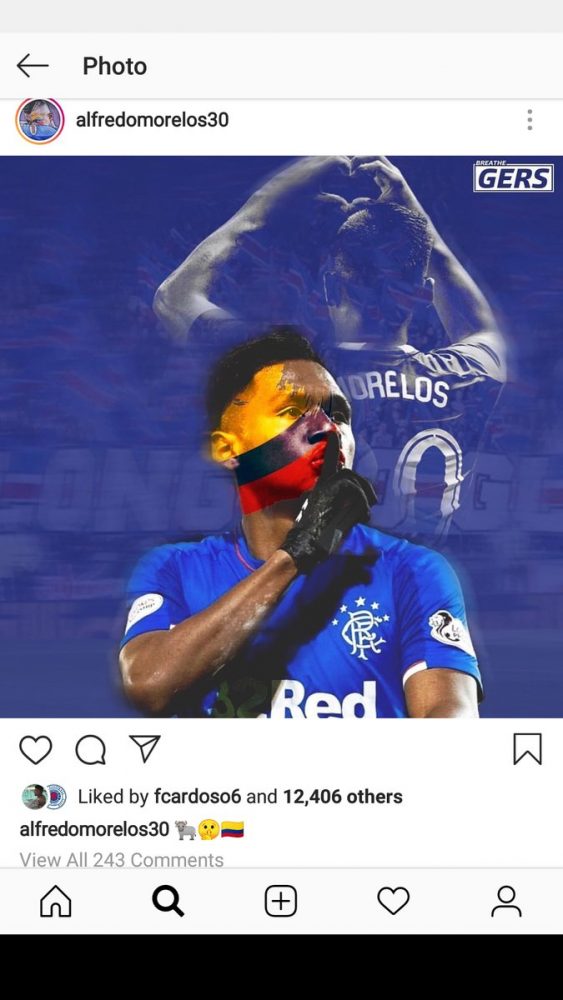 It will be interesting to see if the player manages to curb his aggression going forward.

He has picked up quite a few red cards this season and Gerrard cannot afford to keep losing his best striker every now and then.

Morelos is a prodigious talent, but he needs to work on his mentality if he wants to reach the very top.