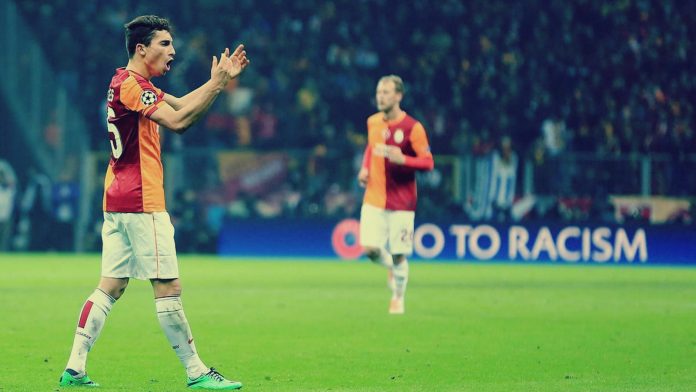 Having sold Filipe Luis to Atletico Madrid earlier this month. Chelsea are now in the market to sign another left back. Jose Mourinho’s Chelsea are closing in on Brazilian Alex Telles from Galatasaray, after reaching an impasse with Augsburg from Abdul Rahman Baba.

Brazilian full back Alex Telles has been linked with a move away from Turkey over the last few months and it appears Chelsea and Jose Mourinho are prepared to offer him an exit route.

Fee is not an issue for Chelsea, who are yet to spend big in this window. Telles could be the fifth summer signing for the Blues after Nathan, Begovic, Falcao and Pantic.

Mourinho’s first priority was the young Augsburg full back, Abdul Rahman Baba. But the German outfit are determined to play hardball and Mourinho is now keen to move on to his next target.

Telles is expected to be an alternative to Cesar Azpilicueta, who has made the left back position his own since joining the Blues. Although the Spaniard is primarily a right back, Branislav Ivanovic’ form as a right sided full back and his versatility has seen him play as a left back more often than not.

Telles is a young aggressive full back who can operate as a defensive winger as well. It is believed that the Brazilian would be fairly cheap as well and Chelsea are unlikely to face competition.

Although Baba is a better prospect, it makes sense for Jose and Chelsea to move on instead of letting the deal drag on till the end of the window.