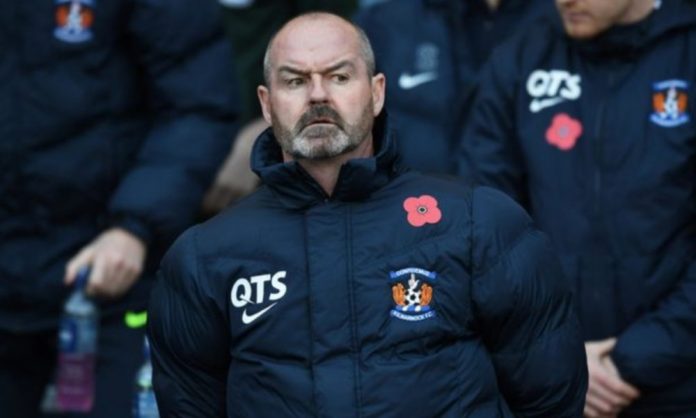 Glasgow Rangers should have Steve Clarke on their radar while appointing the next manager at the Ibrox club, according to former Gers player Alex Rae.

The Gers are second in the Scottish Premiership table, ten points behind arch rivals Celtic with the Bhoys having a game in hand.

After a disastrous start to the season, Rangers parted ways with Pedro Caixinha and appointed Graeme Murty as their manager.

While Murty has done a brilliant work in steadying the ship, his chances of landing a permanent managerial job has been dented after back to back defeats against Celtic and Kilmarnock.

Rae insists that Gers chairman Dave King and other board members must approach Killie boss Steve Clarke about the job in the summer.

Clarke, the former West Bromwich Albion manager, has done a fantastic job with Kilmarnock as he led them from bottom of the table to fifth place in just five months at Rugby Park.

Rae adds that he would be very surprised if Rangers do not approach Clarke for the managerial role, and that the club chiefs will be failing at their jobs if they don’t have the 54-year-old on their radar.

“If Rangers could win the Scottish Cup and finish runners-up then that would be a success. But if they don’t, it’s all up in the air,” said Rae, as quoted by the Scottish Sun.

“That’s why, unlike when Pedro Caixinha was sacked, they need to have a Plan B in place and be ready to push the button.

“Steve Clarke has done a remarkable job with Killie — taking on and beating the Old Firm with a fraction of their resources.

“I’d be surprised if he wasn’t on their radar. In fact, if he isn’t, they’re not doing their jobs properly.”