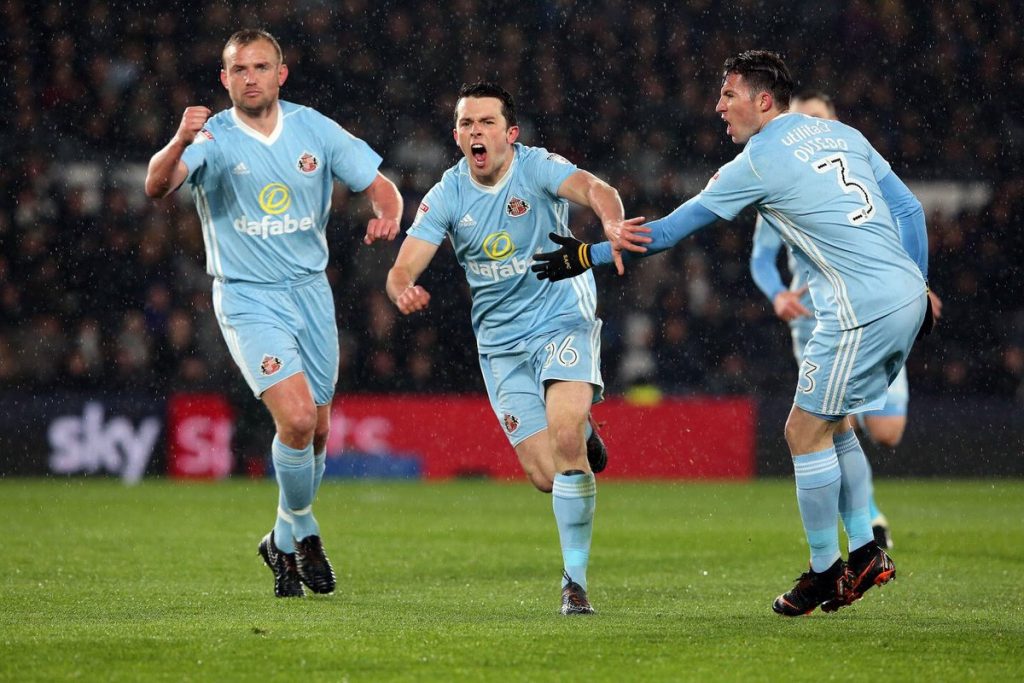 Back to the wall, Sunderland produced a spirited performance as they earned an emphatic 4-1 win over Derby County in the Championship clash on Friday.

The Black Cats earned a fantastic 4-1 win at Pride Park to move off the bottom of the Championship table.

Former Sunderland player, Alex Rae, took to social networking site Twitter to express his reaction after the game. He tweeted:

The Black Cats are not out of danger yet and they will have to win a few more games to ensure Championship safety.

However, they can take great pride from the performance, and if they continue to play with the same spirit, there is still a possibility they can avoid the drop.

The result ended a winless run of 10 games and it was only the second victory of 2018 for Chris Coleman’s side.

Sunderland managed only 40% of possession in the entire match, but they were successful in making six attempts on goal.