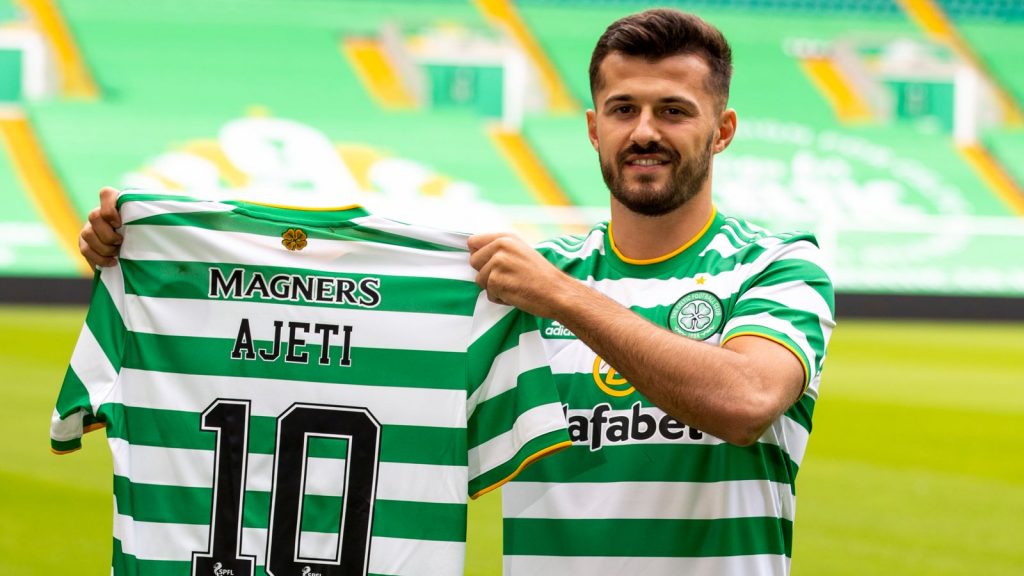 Celtic completed the signing of Albian Ajeti on a four-year deal recently and the player has now revealed why he chose to move to Parkhead.

The Swiss striker hasn’t had too many chances to prove himself at West Ham and he will be hoping to get his career back on track in Scotland now.

Ajeti revealed that he has spoken to Neil Lennon about his plans and the Celtic boss thinks that the player will fit into the system at the Scottish club perfectly.

He said (via Daily Record): “I have signed for four years and I want to be at a club like this for that time. I want to share all the great moments with the top fans and the top players. That is why I came to Celtic and I want to be here for a very long time. It was important for me to go to a club where I would be able to develop myself and stay over many years. Celtic was the perfect club for me. We have big games coming up for Switzerland but this will be a good club for me.”

The 23-year-old also opened up on his desire to win the tenth title in a row with the club. Ajeti has been handed the number ten shirt at Celtic and he is fully aware of its significance.

It will be interesting to see if he can adapt to the Scottish Premiership quickly and make an immediate impact for the Hoops. He will be playing alongside Odsonne Edouard who is in red hot form.

Ajeti seems optimistic about forming a quality partnership with the young Frenchman even though they are different type of players.

Ajeti added: “I have seen some of Odsonne’s games and I think he and I could be a good match. We could be perfect together. If you have two quite good strikers, it’s always good for a team. Celtic have always played attractive football. We will both be in the box, always there where it can be dangerous. I might be a different striker than he is but I think it’s a good match. I spoke to the manager on the phone before I signed and he told me he knows my qualities and what kind of striker I am. He believes I can fit perfectly in this team and this was the main reason for me to sign for Celtic.”

The Celtic fans will be hoping that he can fit into their style and recapture his Basel form. He was a star for the Swiss club but he failed to showcase his talent with the Hammers in the Premier League.