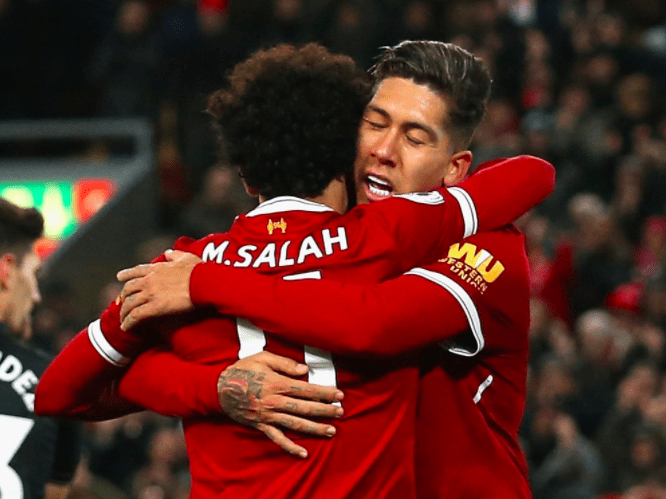 Liverpool secured a hard-fought 3-1 victory against Newcastle United on Saturday, maintaining their 100% winning start to the new Premier League campaign.

The Reds are on top of the log after making it five league wins in a row, and they proved their quality despite finding themselves a goal down seven minutes into the game.

Mohamed Salah sealed the victory for the Anfield outfit deep into the second-half, but it was Roberto Firmino who stole the show.

The Brazilian forward came off the bench to replace an injured Divock Origi 37 minutes into the clash, and he helped Liverpool take the lead with a fine assist.

Salah’s goal ensured Jurgen Klopp’s men secured all three points against a tough Newcastle side, and the strike came courtesy of a Firmino back heel.

Magpies legend Alan Shearer was impressed with his performance, dubbing it PlayStation stuff.

“Liverpool were a different side when Firmino came on,” Shearer told BBC 5 Live Sport.

“He caused so many problems and the understanding with Salah and Mane is brilliant. Firmino was spectacular.”

Firmino was only on the pitch for 53 minutes but the Brazil striker was hugely influential – he created five chances and was named man of the match#bbcfootball pic.twitter.com/s1KNgmNp7b

Firmino remains one of Liverpool’s most important players, and despite never scoring as many as Salah and Mane, his overall contributions to the Reds’ goals and their all-round play are massive.