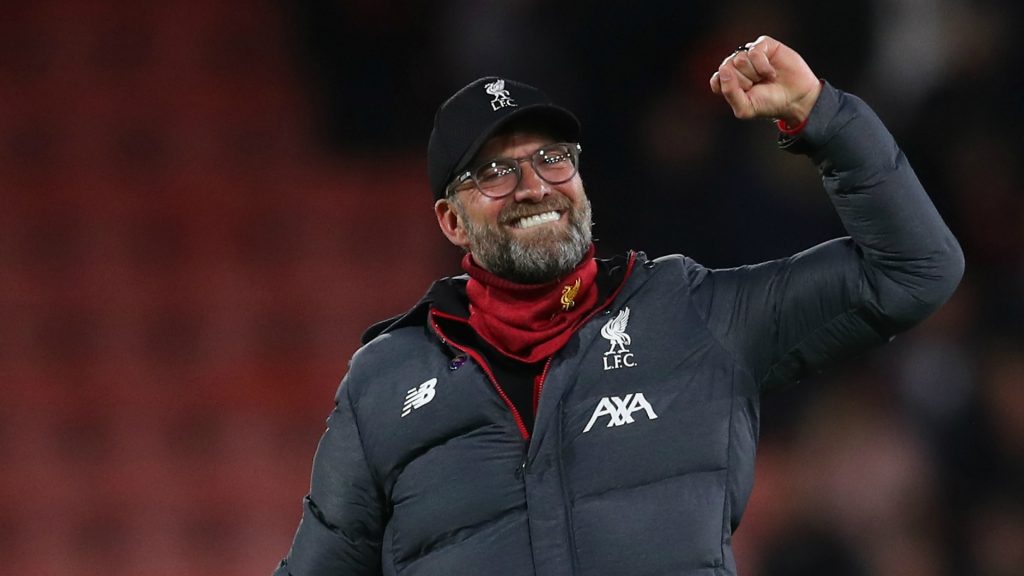 Liverpool secured their 20th Premier League win of the season at the home of Tottenham Hotspur on Saturday, setting a new record for most points (61) ever picked up after 21 league games in Europe’s top five leagues.

The Reds have moved 14 points clear at the top of the table with a game in hand, and they will now look to go unbeaten in their remaining 17 games.

Such a feat will see Jurgen Klopp’s men march Arsenal’s ‘invincible’ record, with the Gunners still the only team in Premier League history to have gone a whole campaign without defeat.

EPL legend Alan Shearer believes Liverpool can enter the record books, as long as they don’t switch off should they win their first-ever Premier League title early in the campaign.

“Everything is going right for Liverpool and it looks so, so easy. A first league title in 30 years awaits but boss Jurgen Klopp will want them to go on and dominate like the Reds teams of the 70s and 80s,” Shearer told The Sun.

“Can they match Arsenal’s Invincibles by finishing a whole season unbeaten?

“The key will be how they react if they wrap up the title by March or April, especially if they are still in the Champions League. They must not switch off in their final Prem games.”

Liverpool have come very close to losing twice in the Premier League this term, but they ended up securing their only draw of the season following an 85th-minute equalizer against Manchester United, while an 87th-minute equalizer and a 93rd-minute winner ensured they left it late to leave Villa Park with all three points in November.

The Anfield outfit have blown everyone away and continue to look indomitable, but their toughest challenge and major hurdle to their chances of becoming invincibles could come when they travel to Etihad Stadium to face Manchester City on April 4, and it will be interesting to see how they fare between now and then.