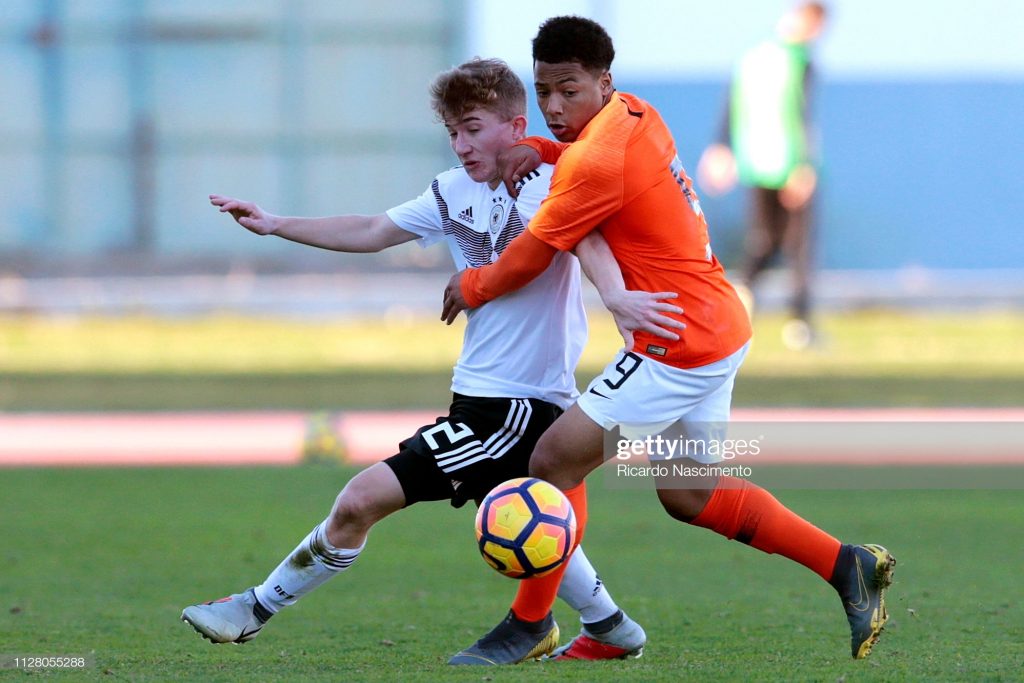 Manchester United have completed the signing of 16-year-old Ajax striker Dillon Hoogewerf, and the youngster has taken to Instagram to announce the completion of the move.

The Dutch side couldn’t convince the teenage sensation, who scored 10 goals and registered six assists for their under-17s this season, to stay despite their best efforts, and he will now look to impress United’s youth team coaches during the pre-season.

Hoogewerf made himself a prominent member of the Ajax under-19 side after some terrific performances for the under-16s, and he will be hoping he can catch the eyes of Red Devils manager Ole Gunnar Solskjaer as soon as possible.

United want to sign young players hungry for success as Solskjaer looks to turn their fortunes around, and while Hoogewerf ideally still has some seasons ahead of him before breaking into the first-team, he will fancy his chances of surprising everyone.

17-year-old Mason Greenwood and 19-year-old Tahith Chong were thrown into action by the Norwegian boss during the closing stages of the second-leg of the Champions League round-of-16 against Paris Saint-Germain, and such belief in youth most likely played a huge role in convincing the Dutch striker to switch the Johan Cruyff Arena for Old Trafford.

Hoogewerf, who featured in the UEFA Youth League this term, first caught United’s eye last summer during the Marveld tournament, where he emerged as top scorer with nine goals, and given his electrifying pace, technical abilities and tricks, United might have secured for themselves the signature of a future world beater.