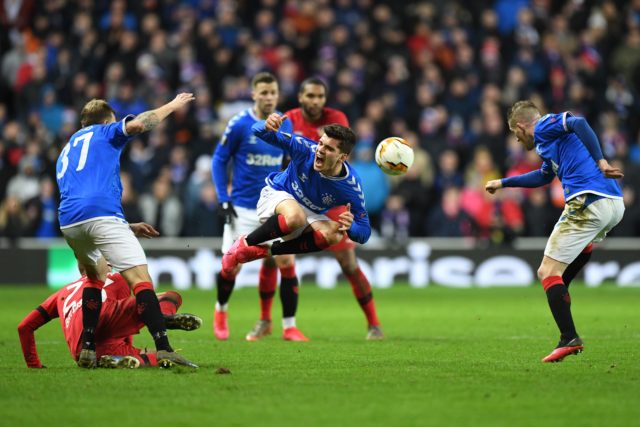 Glasgow Rangers have signed Ianis Hagi on a permanent deal. The Ibrox club have secured his signature by paying £4m.

According to Romanian super-agent Giovani Becali, the Gers have finalized the transfer of Hagi who dazzled for the Ibrox club since joining in January.

The son of former Real Madrid and Barcelona star Gheorghe Hagi joined Rangers on loan in January. He quickly made a strong impression, and as a result, Steven Gerrard’s side have made clear their intention of buying him permanently from Genk.

Becali has hailed Rangers as an ‘extraordinary’ club, adding they are the ‘Juventus of Scotland’. He has confirmed that Hagi has already signed for Rangers, although there has not been any official confirmation made by the Glasgow club.

The Sunday Post claimed that Rangers would be looking to sign the 21-year-old for £4.5 million this summer.

However, Becali has hinted that Hagi will stay in Scotland for the next few years. He admitted that there was a worry that Rangers might not sign him.

Hagi is a highly talented young forward and Rangers have made the right decision to sign him permanently.

He said, as quoted by the Daily Record: “Ianis has just signed for one of the most important clubs in Europe. The deal is complete.

“I would describe Rangers as the Juventus of Scotland. I understand completely why Ianis has chosen to sign for them.

“They are an extraordinary club. The most important thing is that Rangers have carried out their option to buy him and he now has peace of mind about his future for the next few years.

“He has done very well at Rangers, but there was always the worry that they wouldn’t want to sign him up.

“But I know he has a very good contract there in Glasgow and this is a really smart move for him.”