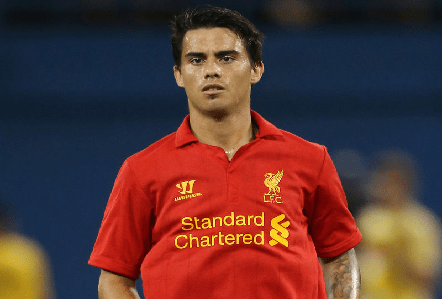 Former Liverpool midfielder Suso’s agent has revealed he has no regrets of swapping Anfield for AC Milan.

The 21-year-old was set to join the Italian giants on a free transfer at the end of the season, but the player brokered a deal with the Serie A outfit and he completed his switch to San Siro in the mid-season transfer window.

Since joining Milan in January, Suso has struggled to make it to the club’s first team. However, the player’s agent Jaime Serrache claims his representative is looking to impress in the training to get a regular spot in the starting lineup.

“Suso is working hard for when he will be called to action by the coach,” Serrache told MilanNews.it.

“The coach’s decisions must be respected and Suso must work even harder to make Inzaghi change his mind.”

“Are there regrets? Absolutely not. We don’t want to create any controversy. He is training so that he can play more. I am sure he’ll do well when the coach does look to him. He respects the teammates who are playing and is humbly waiting for his turn,” Suso’s agent concluded.

The Spanish midfielder should have continued with the Merseyside club by signing a new deal at Anfield. Brendan Rodgers has given opportunities to youngsters since he took over the managerial role at Liverpool.

The latest player to have impressed is Jordan Ibe, who was asked to cut short his loan spell and was recalled by the Northern Irishman in January.