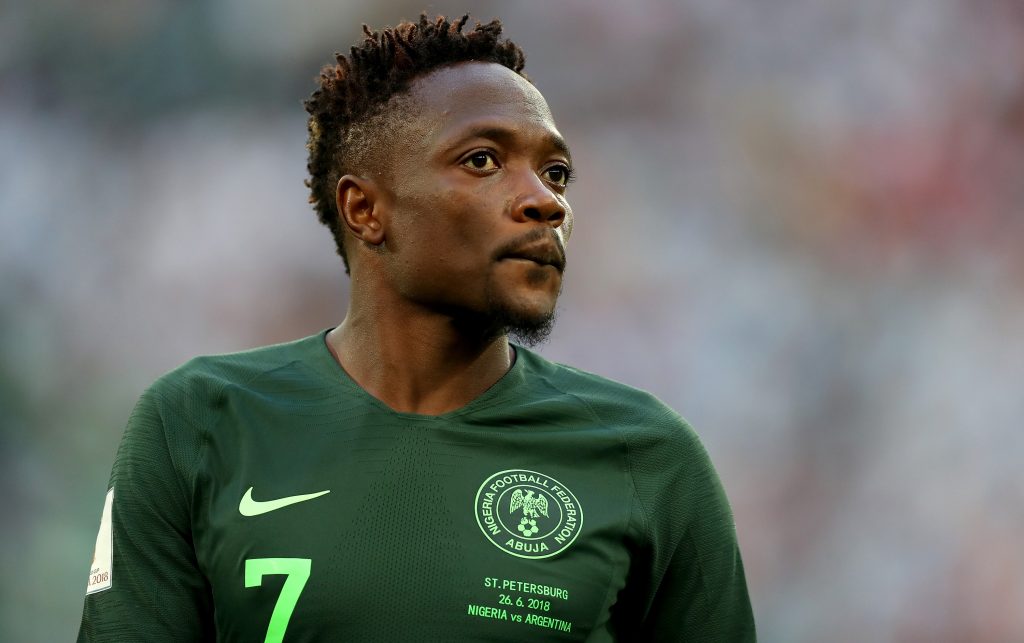 Nigeria captain Ahmed Musa has said that AFCON 2021 could be his last for his country.

The 29-year-old currently holds the record of being the most-capped player in the Super Eagles’ history, having earned 103 caps for his country so far.

The forward has been named in Austin Eguavoen’s squad for the 2021 Africa Cup of Nations and he is set to make his third appearance in the prestigious tournament on Tuesday.

Musa was part of the Super Eagles’ squad for the 2013 edition in South Africa. He appeared as a substitute in their 1-0 victory over Burkina Faso in the final.

The 29-year-old was also involved in the AFCON 2019 in Egypt when they made it to the semi-final stage of the competition.

Ahead of Nigeria’s first group match against Egypt, the winger said that the present Africa Cup of Nations could be his last for his country.

“ I think this could be my last Africa Cup of Nations with Nigeria,” he told a press conference (as per Goal.com).

“I explained the importance of this edition of afcon to my teammates, and I told them winning the title is the only thing they can gift me, and they told me they are going for it.”

Musa became the most-capped player in Nigeria’s history in November last year when he displaced Joseph Yobo who earned 101 caps for the Super Eagles.

The forward also played for Leicester City between 2016 and 2018. During his stint at the King Power stadium, he clocked up 33 appearances across all competitions, with five goals to his name.