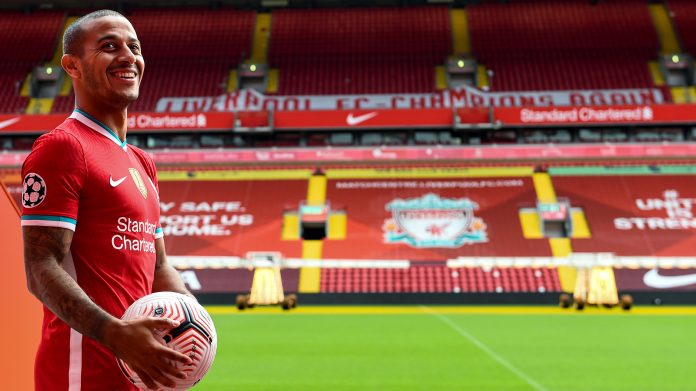 This is Anfield. Challenge accepted! 🙌🏽 UP THE REDS! 🔴 @liverpoolfc #YNWA

The 29-year-old has joined the Reds on a four-year deal from Bayern Munich, and manager Jurgen Klopp has suggested that he could make his Premier League debut against Chelsea on Sunday.

Former Liverpool star Lallana is thrilled with the development, taking to Instagram to react thus: 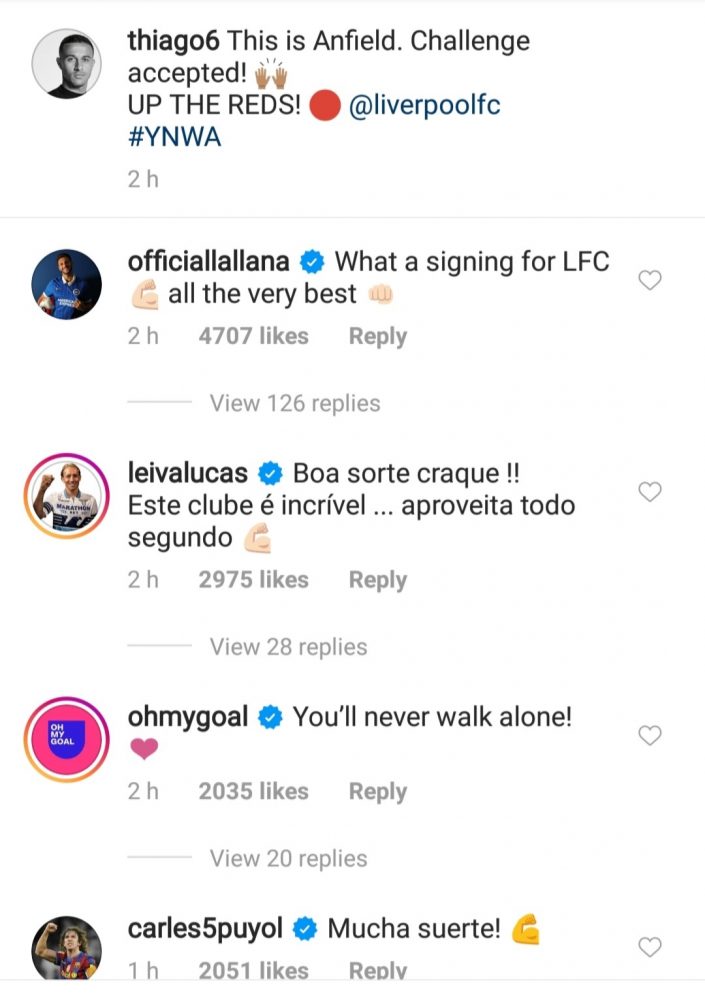 The 32-year-old left Anfield following six seasons with Liverpool, and he will be keen to do better at Brighton after falling out of favour in his last days on Merseyside.

Landing Thiago is a huge move on the Reds’ part, and his quality and experience should come handy as they attempt to mount a successful title defence this season.

The Premier League reigning champions have agreed to part with a minimum of £20 million over the next four years, including £5 million in add-ons for the Spaniard’s services.

Liverpool will pay Bayern the £5 million should they win the Premier League or Champions League within the next four seasons, and they will also have to pay some other bonuses should he win any individual honours during his time on Merseyside.