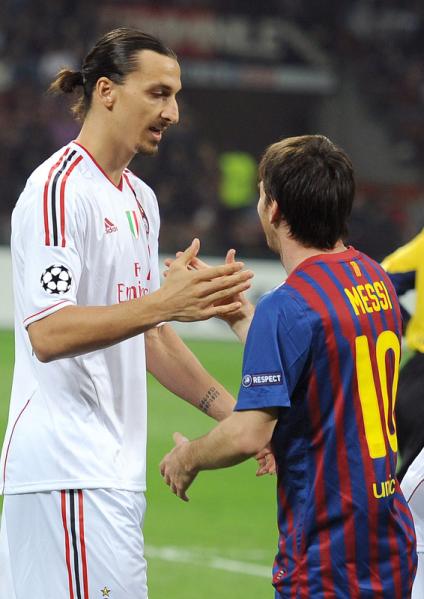 Barcelona are clearly the better side going into the second leg of their Champions League quarter final against Milan – the last three games between the two teams this season reflect that, but there is a genuine concern that Milan may upset Barcelona on Tuesday night.

Milan are not going to be able to replicate their strong defensive performance of last week but after denying Barcelona an away goal, their main focus is going to be to make sure that they can score at least as many goals as Barcelona do on the night, so the biggest focus will on the men leading the line for the two teams, Lionel Messi and Zlatan Ibrahimovic.

Castrol stats confirm that Messi and Ibrahimovic have been the standout performers in the Champions League for their clubs this season.

Messi’s 12 goals have come at a rate of one every 60 minutes, boasting a 28% conversion rate. Alongside a phenomenal 87% pass completion rate and a chance created for a teammate every 31 minutes, Messi will be aiming to guide Barcelona through to the semi-finals.

However, Ibrahimovic has also been in top form, with five goals and three assists in only seven appearances. With an impressive 21% chance conversion rate and 58% shooting accuracy in the Champions League, Milan’s hopes lie firmly on the shoulders of their enigmatic talisman.

Barcelona should be able to see off Milan at the Camp Nou, but it may well depend on the first goal, and just as you saw Milan going for the attack in the first few minutes at the San Siro last week (something other teams have tried – and failed – such as Manchester United in their last two Champions League finals), if Milan can score an early goal it will be a much more open game.

If they don’t, however, the game is likely to swing Barcelona way as they keep possession and build pressure on the Milan midfield and defence.