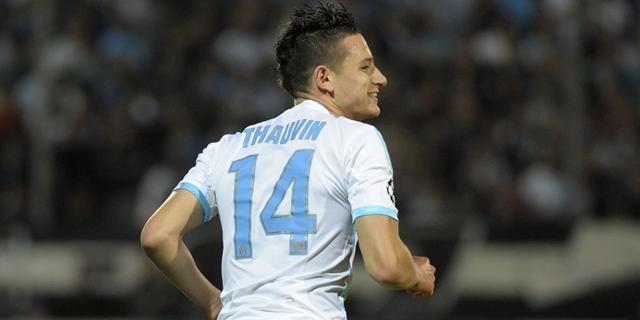 AC Milan are eyeing up a double swoop on Ligue 1 side Marseille, as they target winger Florian Thauvin (Telefoot) and Boubakar Kamara (Calciomercato).

The Rossoneri have made a flying start to the new campaign. Still unbeaten, Milan are five points clear at the top of the Serie A table, while veteran striker Zlatan Ibrahimovic is the league’s leading goalscorer with ten in six appearances.

Nonetheless, manager Stefano Pioli is aiming to bolster his squad at both ends of the pitch in an attempt to win a first major trophy since 2011.

In an interview with French outlet Telefoot, Milan’s former captain and technical director Paolo Maldini confirmed that the Italian side were keeping tabs on World Cup winner Florian Thauvin, who he labelled a “high level player”.

The 27-year-old first joined Marseille from Bastia in 2013. He spent two seasons there before making an unsuccessful move to Newcastle United, before returning to the Stade Velodrome on loan six months later. He eventually made the move permanent.

The Frenchman spent most of the 2019/20 season sidelined with an injury, but has since returned in style, netting three in seven appearances this term. In the three seasons prior to the injury, Thauvin had netted 53 league goals in 105 outings for Les Olympiens.

Meanwhile, young centre-back Boubakar Kamara is one of many played named as potential arrivals in defence by Calciomercato. The 21-year-old has made 64 appearances in the last two seasons at the French side.

The seven-time champions of Europe may be looking for a long-term centre-back option, given that Simon Kjaer and Mateo Musacchio are both now in their 30s.

However, Calciomercato also claim that Kamara is being scouted by Serie A rivals Juventus, who may also need a young central defender to replace the veteran Giorgio Chiellini.

Other players named by the Italian site as potential incomings at the San Siro include Strasbourg’s Mohamed Simakan, as well as Monaco duo Chrislain Matsima and Axel Disasi.