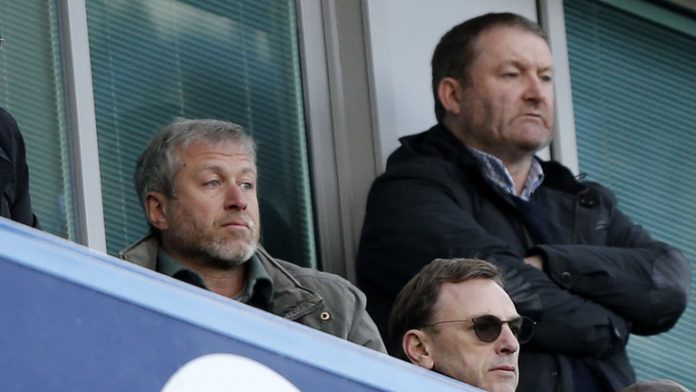 If the news that Roman Abramovich has put a £1 billion scheme to redevelop Stamford Bridge on hold hasn’t worried the club’s fans, it should do.

Chelsea confirmed on Thursday that plans to transform their stadium into a 60,000-seat arena had been shelved, with the finger of blame pointing firmly at pesky politicians.

“Chelsea Football Club announces today that it has put its new stadium project on hold,” a statement on the club’s website read.

“No further pre-construction design and planning work will occur. The club does not have a time frame set for reconsideration of its decision.

“The decision was made due to the current unfavourable investment climate.”

The last portion of that statement is pure comedy gold, particularly with regards to the fact that the UK has delayed Abramovich’s application to renew his visa.

Had they said that the “decision was made due to the fact that politicians can’t resist using football as a weapon to further their own agendas” no-one would have batted an eyelid.

Stamford Bridge currently has a capacity of 41,631. When Tottenham Hotspur move into their new home next season Chelsea will have the smallest capacity of the Premier League’s ‘Big Six’ by some margin.

Flower it up any way you like, but the decision to put the plans on hold damages Chelsea’s ability to compete financially with those clubs.

Despite missing out on Champions League qualification for next season, it has been claimed that the 51-year-old remains fully committed to Chelsea.

However, being denied the opportunity to work in a country where he has invested so heavily is unlikely to sit well with Abramovich.

As has been highlighted by his constant chopping and changing of managers at Chelsea, the Russian isn’t someone you would describe as being patient.

Having now being granted Israeli citizenship, there is nothing to prevent Abramovich from attending games.

The question over being barred from working in the UK appears to be a moot point, with the Russian delegating the running of Chelsea to others.

The biggest worry for Blues’ fans is that Abramovich could easily decide that he wants no involvement in the ongoing political posturing between the UK and Russia.

Keeping Abramovich waiting for his visa sends a huge message to Russia that the UK is serious about tightening up its application processes as it bids to tackle security issues.

In this particular instance though the delay makes no sense. He has owned Chelsea for 15 years and has hardly kept a low profile during that time. If he was a threat to national security you’d have to imagine that someone would have noticed before now.

Being used as a pawn in huge game of political chess is unlikely to be Abramovich’s idea of fun and the fall-out from this situation could be catastrophic for Chelsea.

Without his backing the club wouldn’t be where it is today and if he decides that he no longer wishes to invest in a country that is doing its best to make him feel unwelcome, no-one could blame him.

No doubt there would be plenty of interest in buying Chelsea if Abramovich did decide to walk away but, as many other clubs have found out, new ownership doesn’t always mean better ownership.

Chelsea fans have enjoyed a golden era with Abramovich at the helm. Here’s hoping that they aren’t the ones to suffer because of the political stand-off between the UK and Russia.