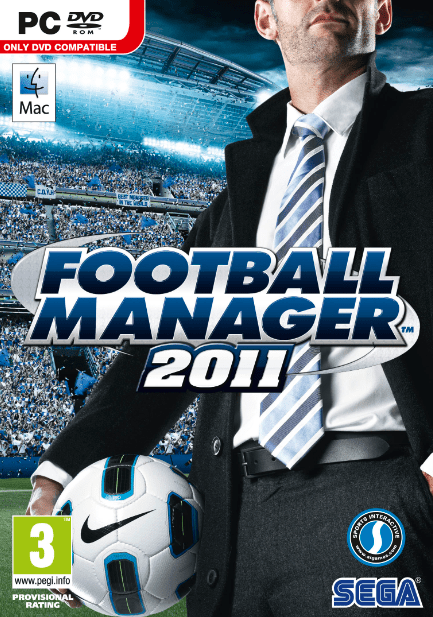 With the fast approach of Football Manager 2011 it is fair to say the game has become a must have for football fans around the world. It has had unrivaled realism and capabilities as a sports simulation game over the past few years.  If you’ve ever dipped your toe into the world of Football Manager you would know why people love it so much. The chance for all football fans to put their tactics, rants and chosen ‘special’ players into the team and prove they know more than the ‘real’ manager.

The game has now become so detailed and accurate it is no longer just a game. It is a real world scouting tool. You may recall that Everton signed a contract with the FM boys allowing them full access to the games database. The 2011 version of the game has an incredible wealth of data on players from all over the world. The database has over 370,000 players from 51 playable nations and 117 leagues that are included in the game.  This data often is accurate and in previous Football Manager games accurately identified the exceptional talent of future football stars, including 15 year old Wayne Rooney. Naturally the information is not always perfect but the game has also predicted players like Tevez, Beckham and Vela.

I have heard the game is now becoming a valuable resource especially in lower divisions, where scouts can research and find transfer targets before heading out to see them in real life aka it saves time and money not having to trek around grounds in the hope of finding someone. Many lower league managers have openly admitted to using it, they use it as a “feel” for a player and then send out real scouts if it’s worth it.

FC Arsenal Kyiv who are a professional club in Ukraine also admit to having signed Romanian Ionuţ Mazilu having seen raving reports on FM. Although, he has since left the club, so maybe not the gem they had hoped to unearth.

Another interesting story to come from the use of FM is Dinamo Moscow’s sports director Konstantin Sarsania who admitted that it was his son’s love of Football Manager that first brought midfielder Mariusz Lewandowski to his attention.

Sarsania claimed that his son had spoken to him of the Polish international, having been one of the highest rated forwards in Europe in his computer game over the last two years. Upon closer, less virtual, inspection, Sarsania the elder was pleasantly surprised to find out that the real-life version of the striker was just as talented, thus initiating the transfer inquiries. Unfortunately, they did not ever manage to sign the Polish midfielder, not quite a fairytale ending again for the game.

Even Harry Redknapp, the wheeler and dealer himself, has said in jest that he is reassured by the stats in FM when he signs an unknown. This along with Jose Mourinho’s chief scout when at Chelsea, Andre Villas Boas, is a self-confessed reformed addict of the game. It’s hard to believe the Andre didn’t make his life easier by listening to the recommendations of the game.

Whilst there have been great success in the game predicting the Rooney’s and the Messi’s of the world there are always going to be the nearly men. Kevin Street and Tommy Svindal-Larsen were once the next big thing in early versions of the game but are now sadly kicking around in the lower divisions. They never lived up the their electronic alternate reality set-out by Sega.

All in all though if you’ve ever even dabbled into the world of Football Manger you will understand why clubs my give it a little glance to point them in the right direction, why not for the sake of 20 or 30 quid (especially in this ‘financial climate’) to buy the game could save or earn you millions in the transfer market. Worth a punt!

Get The Football Manager 2011 Demo

Mirror Football readers will be able to access the game in advance on Thursday 21st October before everyone else. The official demo is launched on Friday, 22nd, but you can get it a day earlier from the Mirror Football website. And if you want to read all about the new additions to this year’s Football Manager game, read the exclusive Football Manager blog by Miles Jacobson that brings you daily updates on what’s new in the game.

This Football Manager feature is a sponsored post and as such we should point out that if you enjoy playing fantasy football, you should give Mirror Football Goals a try – it’s a free Facebook-based fantasy 5-a-side football game in association with Renault. It’s easy to pick your team, set up your own mini-league and invite your mates (Facebook friends, even). Get started here.