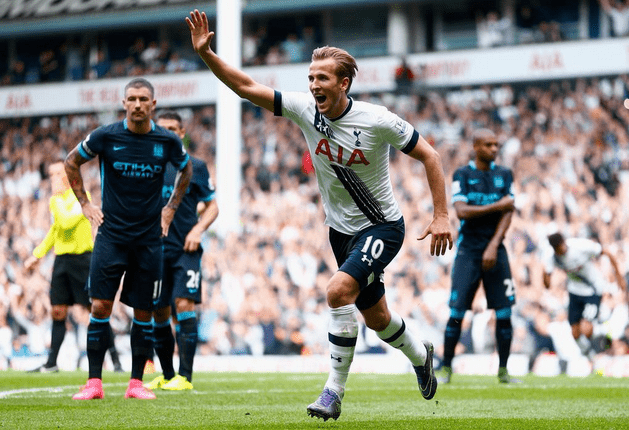 Tottenham Hostpur put in a fantastic second-half display to subject table-toppers Manchester City to their second consecutive defeat. Spurs fell behind in the first period but hit back strongly  to win by a thumping 4-1 scoreline at White Hart Lane. City’s fierce rivals Man United can now go to the summit with a win at home over Sunderland later on.

Here are 7 major talking points from this trilling game in North London:

1) The air of invincibility around City has disappeared

If their Champions League defeat at the hands of Juventus is taken into account, this is City’s third defeat in four games. They seemed to be unstoppable in their first 5 league games, winning all of them without conceding a single goal. But now, all that has drastically changed and teams believe that they can get something against Manuel Pellegrini’s men if they take the game to them.

City seemed to be well in control in the first half and were heading into the break a goal ahead. But then an incident occurred which changed the entire complexion of the game. Eric Dier equalised, but there was clear incidence of offside in the build-up. The home side were given an almighty lift, and never looked back in the second half. There was also some doubt in the third goal, with scorer Harry Kane looking to be in an offside position when Cristian Eriksen was taking the free-kick which rebounded to the Englishman off the post.

3) Spurs are very much on the up

It is all falling in place at White Hart Lane. Kane got back onto the scoresheet after over 700 minutes without a goal, the duo of Dier and Delle Alle in midfield is looking solid and the backline is holding firm as well. Mauricio Pochettino’s men are unbeaten since the opening day of the season, and look good to push for a place in the top 4.

4) The drought for Aguero continues

Sergio Aguero has clearly not been at his best this season, and his poor form continued. The Argentine scored 5 goals in the 2 games against Spurs last season, but hardly got a kick in this one.

5) Lack of character from City yet again

When they are on top and dominating, City are clearly the best side in the league. But once they have their backs to the wall, the senior players in the side do not stand up and make themselves counted. Vincent Kompany was left out of this one, but the likes of Yaya Toure, Fernandinho and Aguero didn’t show enough character to dig their side of the hole they found themselves in. The defence was in tatters, and the decision to bring in Willy Cabellero for Joe Hart backfired, as the goalie’s howler gifted Toby Alderweireld Spurs’ second.

He is getting into the habit of scoring in losing causes, but Kevin De Bruyne got his third goal in as many games since moving for a club record fee from Wolfsburg. The Belgian capped off a brilliant counter attack with a composed first-half finish to give City the lead on the quarter mark. It’s a pity though, that it came to no avail yet again.

7) The title race is still well and truly on

Jose Mourinho will be all-smiles after this result, and Chelsea know that despite being in 15th place, they are still very much in the title race. City’s two consecutive losses has thrown the competition wide open, and the fact that West Ham United and Leicester City are in the top 4 proves that the top spot is very much up for grabs for anyone who wants to take it.