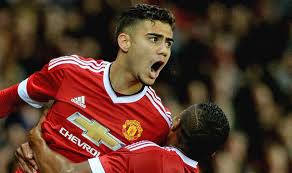 Manchester United youngster Andreas Pereira is hoping to make his second start of his Red Devils career when his side take on Middlesbrough in the Capital One Cup clash during the midweek.

Aitor Karanka will take his Championship side to Old Trafford to face United in the fourth round of the Capital One Cup on Wednesday evening. In the last round, Louis van Gaal saw his men beat Ipswich Town 3-0 at home.

During that clash, Pereira made his first start for the club and managed to get his name on the score sheet after he converted from a free-kick. He is hoping to get involved when United face Middlesbrough as well.

“I hope I get another opportunity [on Wednesday] and I hope I can show the manager and impress everyone in the stadium and my team-mates,” he told the club’s official website.

Will he get a chance to feature against the Championship side? When asked manager Van Gaal about Pereira and James Wilson, the Dutchman said the duo are included in the squad. However, it is still not sure if they will play any role tomorrow.

“Yes, of course they are in the selection [the squad]. But I have to select the line-up and that I don’t know. I have to do that on Wednesday,” Van Gaal explained.

The League Cup fixtures used to see Sir Alex Ferguson give opportunities to his youngsters, while the big names were rested for the midweek matches. With comments from Pereira and Van Gaal, Soccerlens looks at four young stars who should start on Wednesday evening at Old Trafford. 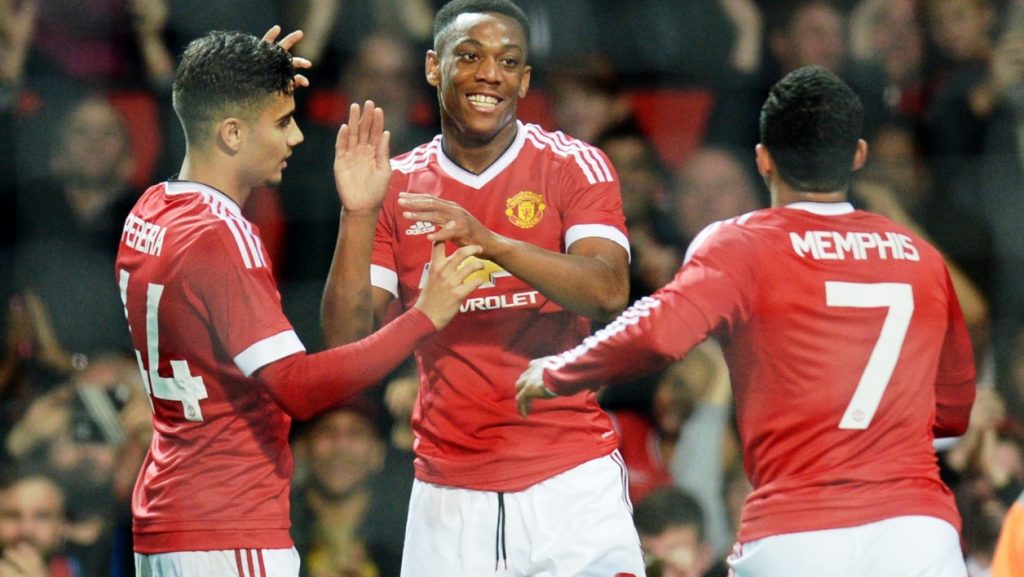 The Frenchman joined United from AS Monaco and has been in sizzling form. However, in the last few fixtures, the teenager has been deployed on the left-side of the attack, ahead of another summer signing Memphis Depay. The Dutch international’s poor form has seen Martial play move to the left-wing.

Wayne Rooney has been fielded as the main striker. However, the England captain should be dropped and Martial should be played as in the No 9 position. This should help him give more chance to take a shot at goal.

With Martial moving to the striker’s role, the position on the left-wing becomes vacant. Despite the ex-PSV Eindhoven star’s poor form, the former Barcelona and Bayern Munich manager needs to keep his faith on his compatriot and give him a chance to shine against the clubs from the lower divisions.

A starting role against Middlesbrough will give Depay to showcase his talent and he may prove his worth. The attacker has already admitted that he is struggling to adapt to the Premier League’s physicality. However, he went on to suggest that he will bounce back after a disappointing start to his life in England.

Lingard was given his first start by Louis van Gaal in his first competitive match as United manager. That is when he made his debut for the first team, which was short-lived due to an injury.

He made an appearance after almost a year in Red Devils’ 3-0 victory over Everton. In addition to this, Lingard came close to scoring for United in the goalless draw against Manchester City in the derby. The winger has shown what he can do and Van Gaal should start him so that he can build on the confidence for the future fixtures.

Pereira has done everything possible to convince Van Gaal to start him against Middlesbrough. He scored against Ipswich Town and was very impressive against them at the same time.

The Brazilian could be vital and having him in the No 10 role, with Depay and Lingard on the wings and Martial as the striker will be an exciting prospect to watch. All four players are quick and their pace would help us to be a very counter attacking team.

With Michael Carrick and Morgan Schneiderlin in the defensive midfield role, it will give these young players license to trouble the opposition defence in the fourth round of the Capital One Cup.