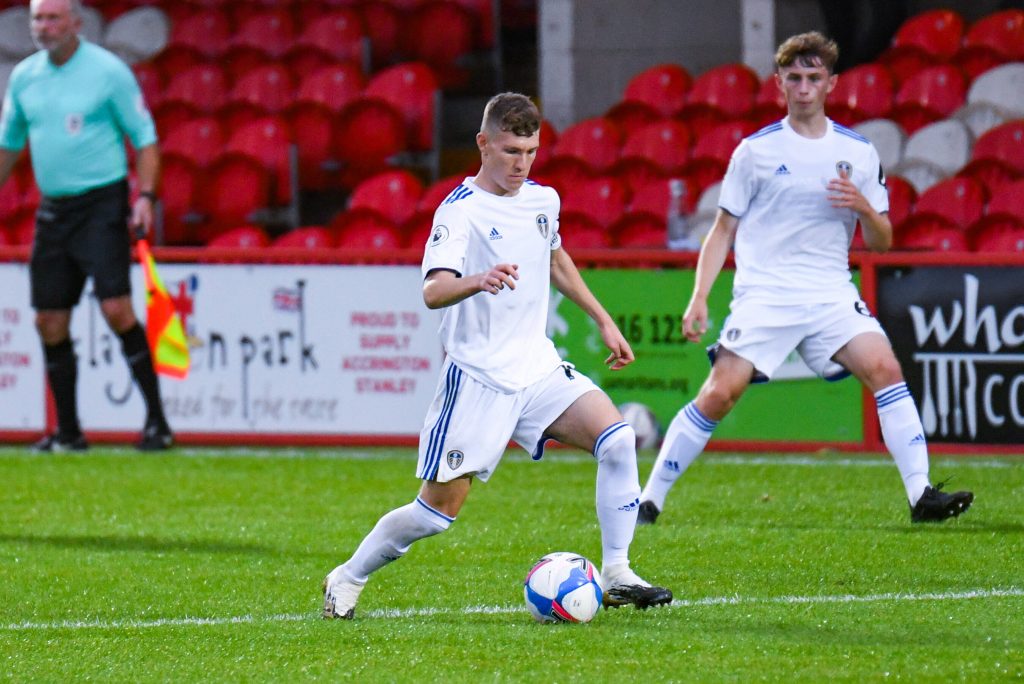 Leeds United under-18 star Charlie Allen has been training with the first-team ahead of Sunday’s clash against bitter rivals Manchester United.

✨Great to see 17-year-old Charlie Allen training with the first team ahead of this weekends game against Manchester United!

Charlie has impressed for both #LUFC U18’s&23’s since his summer move from Linfield and was recently rewarded with his first Northern Ireland U19 call-up pic.twitter.com/p7yAGc7W3j

Marcelo Bielsa’s side have secured Premier League safety ahead of next season, but they are keen to finish comfortably in the top half of the table.

Despite this, the Argentine head coach could hand some playing minutes to academy players over the coming weeks.

Allen appears to be in the frame after impressing at youth level this term. The 17-year-old has also featured in Premier League 2, the EFL Trophy and the FA Youth Cup.

He was rewarded with his first Northern Ireland under-19 call-up during the last international break and is one to keep an eye on.

The Athletic’s Phil Hay was full of praise for the young striker after he signed, telling Leeds fans to watch out for him.

“Look out for Leeds’ new signing Charlie Allen, a striker from Linfield – he’s only 16, but people can’t speak highly enough of him,” Hay said on The Athletic.

“So, they’ve got Charlie Allen in from Linfield, 16-year-old striker who, to look at him, already looks like he’s got a man’s body for a boy’s brain,” he said on The Athletic’s The Phil Hay Show last year.

“He was very, very highly thought of in Northern Ireland and a lot of clubs [were] in for him, and I know that, without being disrespectful to anybody else who’s coming in, I know that was one of the deals that Leeds were desperate to get done for the academy, they saw that as a real priority.

“I am told that he has trained with the [Under] 18s and has already looked very, very impressive, and I think, despite his age, that the plan will be to try and get him in with the [Under] 23s as much as possible.”

Leeds are currently 10th in the Premier League table after picking up 46 points in 32 games.

They are seven points off the Europa League places, and a win over the Red Devils on Sunday will get them dreaming of qualifying for European football.

In other news, this report shares how the Premier League reacted to Leeds players’ protest against Liverpool.