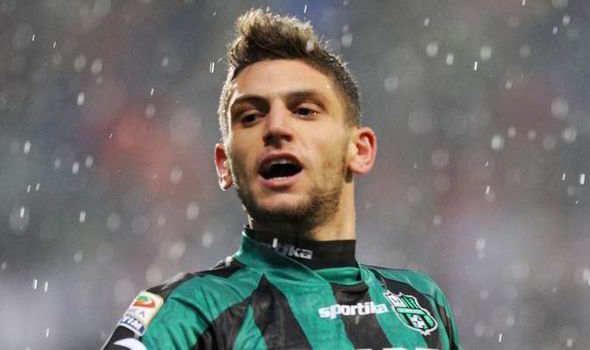 Goal scoring sensation Domenico Berardi could be the next big thing in Italian football and according to reports Manchester United are showing keen interest in the youngster.

The 19-year-old signed co-ownership terms with Juventus in the summer but the Biaconeri have allowed him to remain at Sassuolo for one more year.

Sassulo struggling in the Italian top flight, but the youngster has grabbed the eye-balls of top scouts by amassing 12 goals thus far.

Few days back, The Metro reported that Tottenham manager Tim Sherwood has targeted the Italian, as Spurs are looking to replace Jermain Defoe.

One week ago, Italian media suggested Manchester United are interested in the striker and could table a bid of around £19m to bring the talented striker to Old Trafford.

According to Italian journalist Tancredi Palmeri, Manchester United scouts were present in Sassuolo’s last game and observed the striker again.

Tuttomercato reported that the Red Devils have already made contact with Sassuolo club president Giorgio Squinzi, but so far no formal offer has been made.

Former United manager Sir Alex Ferguson was a fan of Berardi and reportedly wanted to sign him last season.