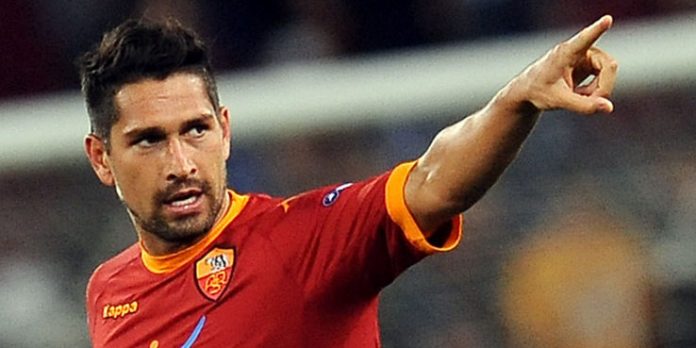 Manager-less Tottenham are reportedly targeting Roma striker Marco Borriello, with a January swoop on the cards, as the North London club search for an answer to their striker crisis. 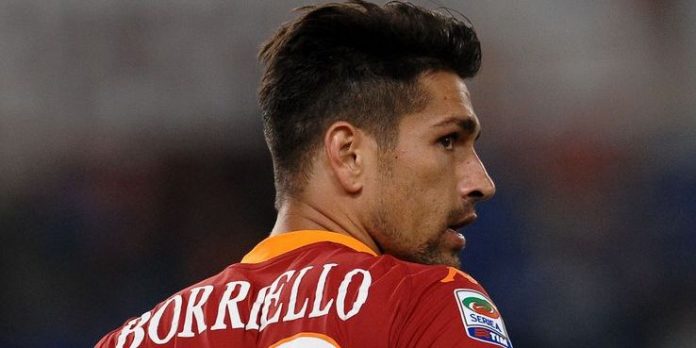 Spurs are currently eighth in the table, and have scored a paltry 15 goals all season. To put this in perspective, this is less than Stoke have scored this season, and also less than Luis Suarez has scored for Liverpool.

Deposed boss Andre Villas-Boas shelled out over £100m on new recruits in an attempt to counterbalance the seismic departure of Gareth Bale to Real Madrid.

Among those signed by the Portuguese was Roberto Soldado, who along with the long-serving Jermain Defoe and the much maligned Emmanuel Adebayor, has struggled all season in front of goal.

Now with a full-blown crisis on their hands, Spurs are willing to dip into the January market to secure additional firepower up top, as they attempt to salvage their season.

The agent of Roma’s Borriello has claimed that he has met with Spurs officials while in London last week, and that his client is highly regarded in England,

“His profile is very much appreciated in England, as they are looking for players like this. Being here in London I had the chance to talk to various clubs. Tottenham? Yes, they were among them,” Borriello’s agent Carlo Cavalleri told Sky Sports,

“For the moment he is happy at Roma, then we’ll see what happens over the next few days.”

The experienced Italian has hopped around Serie A throughout his career, spending a total of 9 loan spells in the last eleven years from parent clubs AC Milan and Roma respectively. 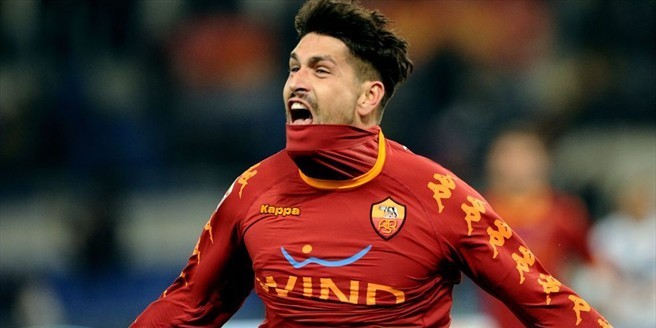 He has made 7 appearances for the Italian national side, and although having good goalscoring form in some seasons, remains inconsistent at the highest level.

He is currently experiencing another low point this season, having fallen down the pecking order at Roma, and has only scored one goal from 11 games.

With a price tag of a little over £6m, the 31-year-old may be too much of a risk for Spurs, considering the inconsistency of their existing strike-force.

If the asking price can be halved, and the player signed on a short term deal, then there may not be any harm in trying. I would say though that Spurs should try to snap up more than one new striker, so as not to put all their eggs in one inconsistent Italian basket.

What do you think? Should Spurs sign Borriello? Let me know in the comments below…