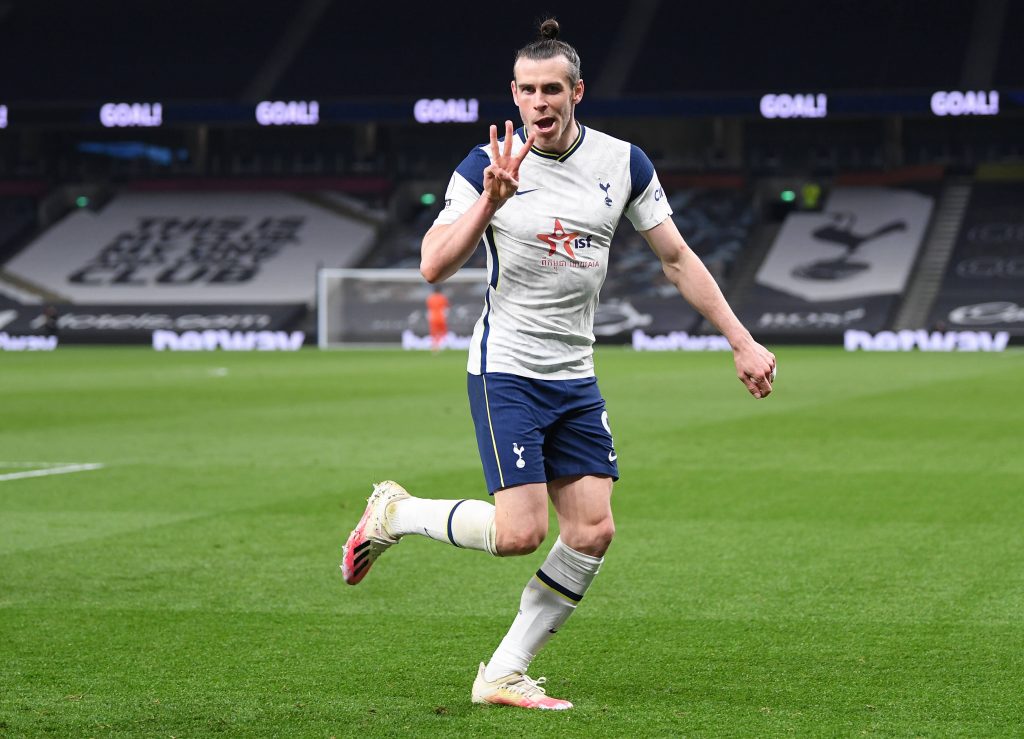 Gareth Bale has aimed a thinly-veiled dig at former Tottenham boss Jose Mourinho after his hat-trick against Sheffield United.

Bale starred in the 4-0 win over the Blades on Sunday, scoring his 12th, 13th and 14th goals of the season.

Heung-min Son also scored to round out an impressive win for stand-in boss Ryan Mason.

However, Bale seemingly took a dig at former boss Jose Mourinho after the game.

The Portuguese was sacked by Spurs last month, with Bale largely used from the bench during his tenure.

Now, Bale has claimed the side are ‘playing more like the Tottenham way’ in recent weeks.

“It was a great performance by the team”, Bale explained to Sky Sports.

“From the first whistle, I felt we were on the front foot and got control of it and played some good football.

“I feel like we are taking a step in the right direction and playing more like the Tottenham way.”

Bale also commented on how much he has been playing of late, suggesting all he needed was a run of games to show his true quality.

“I’m feeling good,” he added. “As I’ve said before, I just needed to play games and get a run of games. I’m doing that now, so I’m happy and when I’m happy I normally play well.”

A couple of weeks ago, Bale indicated that he would like to return to Madrid when his loan spell at Tottenham comes to an end.

Those comments came just days after Mourinho’s sacking, but the landscape is now very different.

Bale looks to be enjoying his football again and confirmed after the victory over the Blades that he is feeling good.

Should Bale continue to impress under Mason, the Welshman staying at Tottenham may not be as outlandish as some previously thought.

As was the case last summer, a lot will depend on whether Madrid will subsidise some of his wages for another loan move.

A permanent transfer would bring even more hurdles and is much more unlikely than another temporary deal.

Regardless, there may now be a chance that Bale remains at Tottenham for another season.