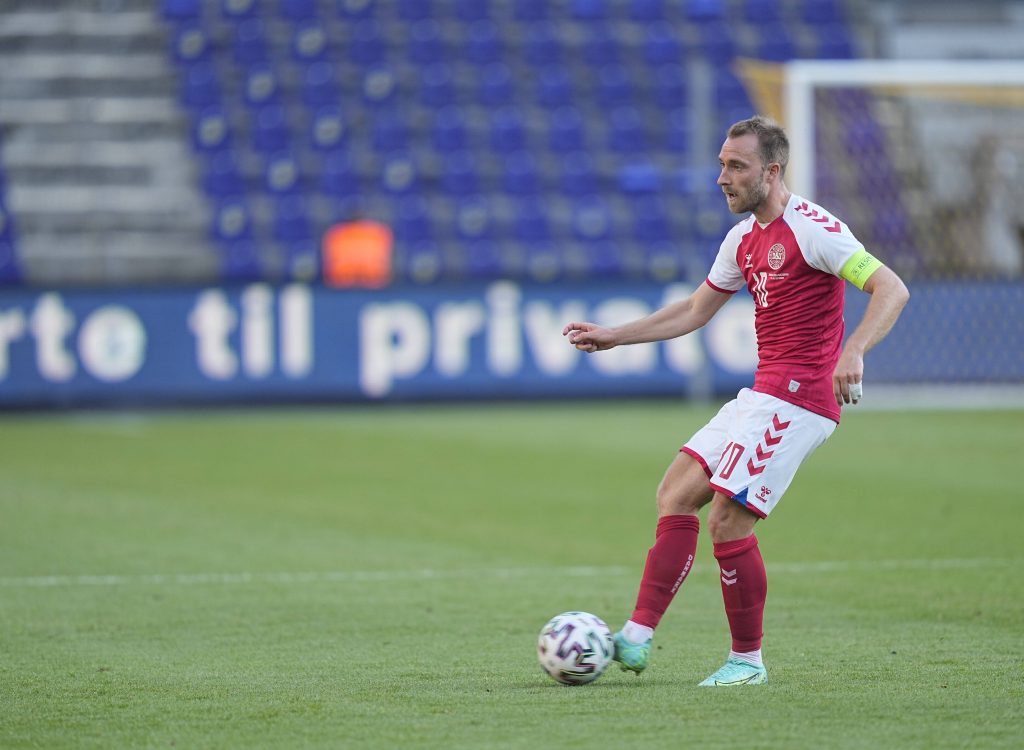 Denmark play host to Finland at the Parken Stadium in Copenhagen in their opening UEFA Euro 2020 Group B fixture on Saturday.

While the Danes won the competition in 1992, their opponents will make their inaugural appearance at a major tournament.

Group B also consists of Belgium and Russia, which gives Denmark no other option but to win here if they want to improve their chances of qualifying for the next round.

Although Denmark and Finland have never met at a major tournament before, the Danes head into proceedings as overwhelming favourites to claim all three points.

Danish Dynamite have won both of their only previous competitive encounters by the identical 1-0 scoreline.

Denmark return to the European Championships after failing to qualify for Euro 2016, having failed to make it out of the group stage in three of their previous four appearances at the final competition.

Since beating Nigeria 4-1 at the 1998 World Cup, Danish Dynamite have failed to score more than twice per match in their subsequent 22 outings at major tournaments, World Cup and European Championships included.

By contrast, Denmark have been scoring practically at will lately, netting over 1.5 goals in seven of their last eight matches, barring a 1-1 away draw with Germany in a friendly on June 2.

Except for a 4-2 away loss to Belgium in the UEFA Nations League back in November 2020, Kasper Hjulmand’s men are unbeaten in 11 of their last 12 internationals (W9, D2), including friendlies.

Finland have qualified for their first major tournament as Euro 2020 qualifying Group J runners-up to Italy, without drawing any of their ten qualifying fixtures (W6, L4).

Along with North Macedonia, Finland are one of the two debutants at the Euro finals, reaching the tournament at their 14th attempt.

The Huuhkajat have endured a massive dip in form heading into the final tournament. They have gone from four consecutive victories to six straight internationals without winning (D2, L4).

After getting on the scoresheet in ten international games on the bounce, Markku Kanerva’s men have drawn a blank in both of their previous warm-up matches against Sweden and Estonia (L2).

Denmark vs Finland Players to Watch

The 29-year-old has stepped up his game at Inter Milan following an underwhelming start to his life in Serie A since moving from Tottenham Hotspur last summer and is keen to build momentum ahead of the new season.

Eriksen has been absolutely vital to Denmark’s set-up over the past decade, taking part in 39% of his team’s competitive goals since the beginning of the 2018 World Cup qualifiers (30/77).

Keep an eye on Tottenham midfielder Pierre-Emile Hojbjerg who will be instrumental to Denmark keeping control of the game and, along with Eriksen, responsible for helping to finish it off.

The Norwich City talisman soaked up the limelight as Finland’s most prolific player in the UEFA Euro 2020 qualifiers, notching up ten goals, at least eight more than any of his teammates.

Pukki is heading into the tournament on the back of an outstanding 2020/21 Championship season that saw him score 26 league goals to fire the Canaries back to the Premier League.