Sportslens.com
Home Competitions Euro 2016 The Most Valuable Players of Euro 2016 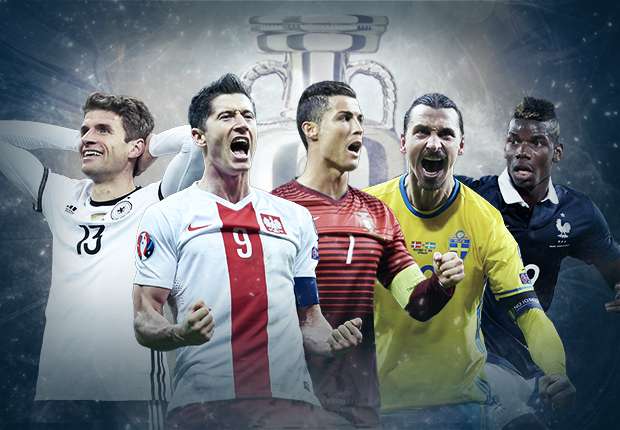 Utilizing a never before used point system, we as FanaticData, will calculate the value of each player’s effort in every goal scored and the value of each goal in order to determine the Most Valuable Players of Euro 2016.

We love soccer and tournaments like Euro 2016 because it has maintained its beauty through simplicity ever since it became a global phenomenon.  The simplicity of soccer is evident in the data provided to soccer audiences to serve as measuring tools for the players as well.  In particular, we generalize attacking players’ performances primarily through the amount of goals they score and the assists they make.  While these data points are indeed significant, they don’t always paint the entire picture for every goal.

A goal is usually the result of successive actions by multiple players on the same team that lead the goal scorer to take a proper shot on goal.  Yet, these successive actions are not visible on stat sheets and would go unnoticed by fans who miss watching the matches.  Therefore, players that fight tooth and nail to setup their teammates to score end matches without recognition.

In an effort to tackle this lack of recognition for the “setup men,” we came up with a new point system for every goal scored in Euro 2016.  In our system, each goal is broken down by every player that touches the ball prior to the goal being scored.  Each player that touches the ball receives a certain amount of credit for the goal if their touch improves the next players play towards the goal (Ex: a simple side pass on one’s own end does not receive credit). Every play on the ball prior to a goal doubles in value up to the goal (Ex: In the video below, Daley Blind receives 33% of the goal value for making the assist, and Robin van Persie receives 66% of the goal value for scoring).

1 YEAR AGO TODAY: Robin Van Persie took flight to score one of the greatest ever World Cup goals.https://t.co/OmHCol5UGJ

This point system still credits the goal scorers the most for having the ability to finish, but also gives other players credit for setting up their scorer.

We then took this point system one step further.  Rather than valuing each goal scored as 1 goal, we multiplied the goal with the amount of points the goal earned for the side. (Ex: In a game where a team wins 5-0, we value the first goal scored as 3 points.  The other goals are valued as 0 points because they are not needed to win the match).  You may find how we value each goal based on every single in-game scenario by clicking here.

We believe the Euro 2016 tournament is a great opportunity to showcase this new point system and we will be updating Soccerlens viewers with rankings after every milestone in the tournament.  Stay tuned to find out how much value your favorite players add to their national sides during the tournament.