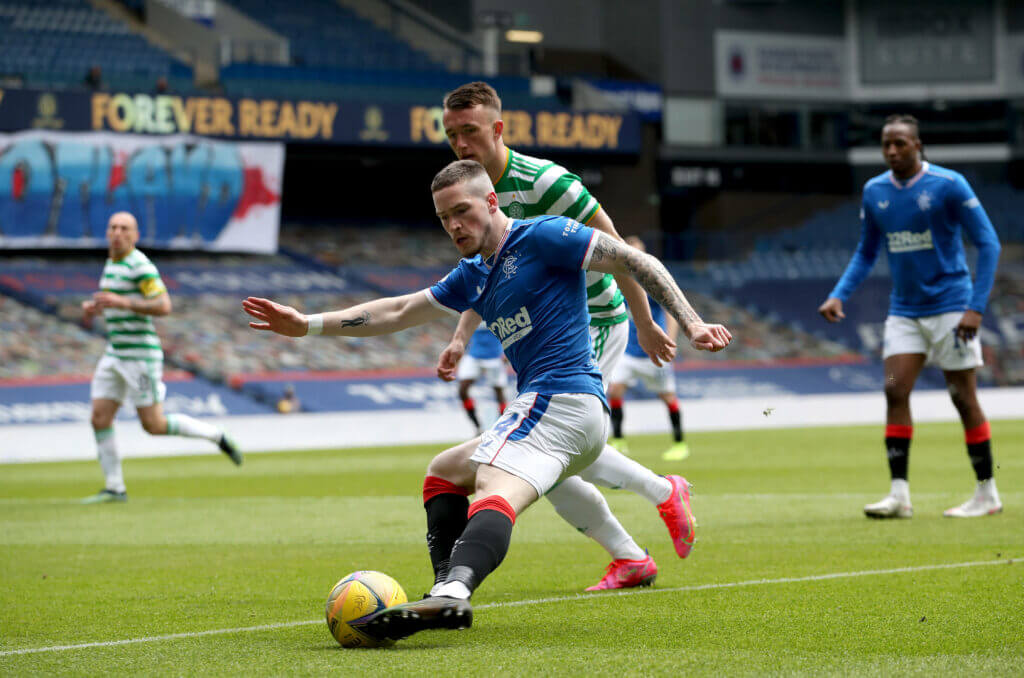 Rangers winger Ryan Kent could be a player in demand this summer, with Leeds United keeping a close eye on his situation.

According to The Mirror, Marcelo Bielsa is monitoring several wingers in this transfer window, including Kent.

Bielsa is a big fan of Kent and tried to take him to Elland Road twice previously, including an offer of around £10 million last summer.

However, Rangers stood firm on their decision not to let him go.

Kent is being targeted by Leeds again, although Club Brugge’s Dutchman Noa Lang is also among their top priorities.

The Gers are under no pressure to sell their prized assets.

The Athletic recently claimed that there is a concern that they have recouped very little from sales while investing around £40 million in the last three years.

Glen Kamara and Alfredo Morelos are wanted by several clubs, but Kent is arguably their most saleable asset.

If Leeds come up with a handsome transfer offer for Kent, Rangers could be tempted to offload him.

Kent would be a cracking signing for Leeds. They have already signed Jack Harrison on a permanent deal, but there could be space for a new addition if Tyler Roberts or Helder Costa depart this summer.

The former Liverpool winger was outstanding last season, bagging 13 goals and 15 assists across all competitions.

Kent has proved his class in the Scottish Premiership, and he would be eager to show his quality in the Premier League if given an opportunity.

Victor Orta is apparently happy to leave it until late in the window, and getting Kent on board would be a massive coup.

Read: Leeds United are not interested in signing Adama Traore.