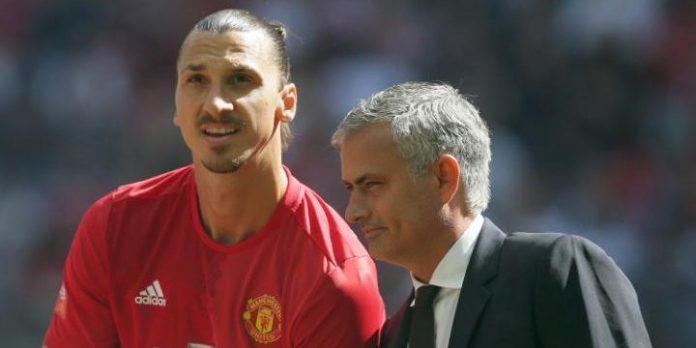 Manchester United striker Zlatan Ibrahimovic was expected to sign a one-year extension at Old Trafford after his smashing start to life in England.

The former PSG star has already scored 24 goals in 37 appearances for Jose Mourinho’s side and it is no surprise that the Premier League giants intend to keep him at the club for another season.

However, Daily Mirror are reporting that Zlatan Ibrahimovic is now stalling on the extension and is not ready to commit his future to Manchester United just yet. Apparently, the Swedish striker is not convinced about United’s chances of making it to the Champions League.

When he joined Manchester United, Ibrahimovic thought that the Red Devils’ absence from the Champions League would be temporary. But Mourinho’s men have had a poor league campaign so far and they are sixth in the table.

As per the report, Ibrahimovic wants to wait and see if United can finish in top four and cement their place in the Champions League before he signs the new deal.

Ibrahimovic’s concern makes perfect sense. A player of his calibre deserves to play in the Champions League and that has not been possible at Old Trafford this season. At 35, Ibrahimovic has not got a lot of time left at the top level and he is yet to win the competition.

Apparently, the striker believes that next season is his last in a top European league and he could be off to MLS after that. Therefore, it will be interesting to see what Ibrahimovic does if Mourinho’s men fail to make the top four this season.