The 33-year-old midfielder was left out of Manchester City’s Champions League squad earlier this month.

Angered by Guardiola’s decision, Toure’s agent Selcuk admitted to the media that the former Bayern Munich manager has humiliated his client.

Toure joined Manchester City in 2010 from Barcelona. Since then, the Ivorian has been City’s best player apart from Sergio Aguero.

Toure has made just one appearance for the Premier League giants this season and Guardiola has warned that the player will not be a part of his plans unless Selcuk apologises publicly.

Guardiola said: “It was so difficult for me to put him out of the Champions League, so difficult. I know him, I know he’s a good good guy.”

“But the day after his manager [Seluk] spoke. In that moment Yaya is out.” 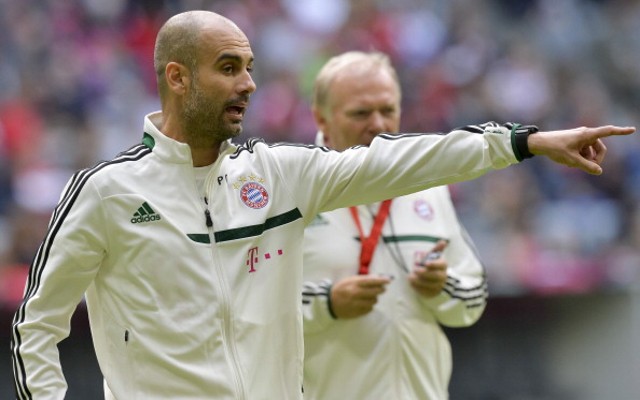 Guardiola also added that Toure’s agent lacked the “courage” to call him and apologise.

He said: “When that (apology) happens Yaya will be part of the group and he will have the same chance to play all the games.”

Earlier today, Selcuk spoke to the media and assured them that he will not apologise to the Manchester City manager.

He said to BBC Sport: “What do I need to apologise for?”

He added: “He should speak to Yaya. Yaya is doing his job.”

“We will see what happens. His contract expires at the end of the season and in January he will be free to go.”

Furthermore, Selcuk worsened the situation by revealing some of the details of a conversation Pep had with Toure during his Barcelona days.

According to the player’s agent, Guardiola regarded City as a S*** club back then. He then went on to claim that the former Barcelona manager likes money more than football and insinuated that his move to Etihad was motivated by money.

Seluk told Radio Barcelona: “When Toure left the club to come to the City, Guardiola told him he was leaving to a s*** team.”

Seluk insists: “I will not apologise to Guardiola. That’s 100 percent sure.”

The signing of Ilkay Gundogan has given Guardiola the option to drop Toure. With the likes of Silva, De Bruyne filling in as central midfielders, it could be difficult for Toure to get back into the squad unless there is an injury.

Despite his obvious quality, there is no doubt that Toure has regressed over the last 12 months. His reluctance to work hard in the midfield cost City at times last season.

Pressing as a unit as vital for Guardiola’s system and therefore the absence of Toure might not be so damaging after all.