Everton winger Yannick Bolasie has sent out a message to the Crystal Palace defender Aaron Wan-Bissaka following his red card against Liverpool.

The young defender had a very good game against Jurgen Klopp’s side last night but it ended in despair for him. Michael Oliver decided to send him off for his last man tackle on Mohamed Salah.

Wan-Bissaka will now miss the trip to Vicarage Road later this week.

Bolasie has played with Wan-Bissaka during his time at Palace and it is no surprise to see him sympathizing with his old teammate. 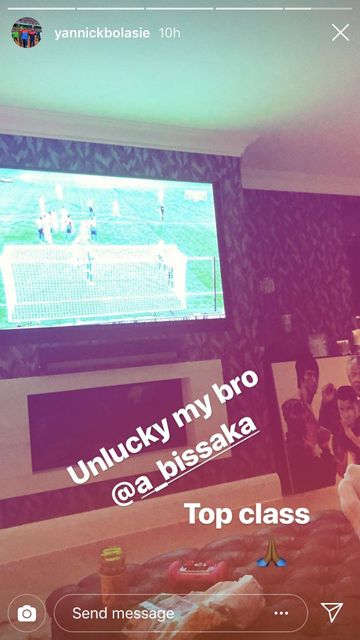 Crystal Palace have made a good start to the season despite last night’s defeat and Hodgson will be hoping to build on it now.

It will be interesting to see how the Eagles shape up in the absence of Wan-Bissaka. The young full-back has been a revelation this season and his attacking qualities will be missed against Watford.

Meanwhile, Bolasie is expected to leave Everton before the window closes. He is not a key part of Marco Silva’ first-team plans anymore.