Withdrawal symptoms are well and truly setting in now after two whole days spent stranded in the non-football wilderness, with only the bloody tennis to take it’s place – I tell you, a sport populated by monosyllabic Scotsmen and brawny eastern European women just ain’t my cup of meat.

Alas, thank the heavens for the World Cup – which is roaring back into life this afternoon as five-time champions Brazil take on the…well, the zero-time champions the Netherlands in a showpiece last 8 encounter.

Should be a great game, shouldn’t it?…

Netherlands vs Brazil. A game that would have traditionally seen a clash between two iconic footballing styles – the Dutch philosophy of ‘total football’ and the Brazilian’s extroverted ‘samba’ ethos.

However, both respective current coaches, Bert Van Marwijk and Dunga, have warned that times have changed and, as a result, the game may not turn out to be the feast of football that many are expecting.

“Total football was a long time ago, if you play like that now it’s very hard to win the cup. Total Football was back in 1974. We could play football very well for 20 or 30 years. It was Total Football, and I also remember Brazil’s samba football.

But sport changes and football changes also. It has to do with the fact everybody is getting fitter, better organised. I said when I started that I wanted to teach the team to defend.”

“We don’t live on talent. We live on results.” 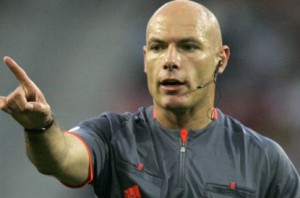 The coaches of Uruguay and Ghana have dismissed conspiracy theories that English referee Howard Webb was replaced as the man in charge of their quarter-final clash, amidst fears that the Rotherham-born may exact some kind of retribution for Uruguayan referee Jorge Larrionda‘s decision to disallow Frank Lampard’s goal against Germany in the second round.

“It seems every time there is a slight coincidence of any sort we start to dramatise things.

We have nothing to do with refereeing – they are like a player and they can do well or do badly, we don’t have any suspicions, it does not exist as far as we are concerned.

I don’t know if my players even know who the referee is.”

Ghana boss Milovan Rajevac was also nonplussed by the speculation;

Webb, who is now England’s sole remaining representative in South Africa, has been overlooked by FIFA to officiate any of the quarter-finals (despite a fine showing in the early stages) – but is still thought to be in the running to oversee the final on July 11th. 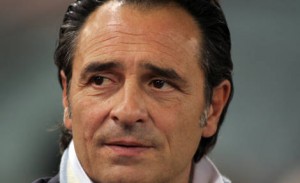 Newly sworn-in Italy coach Cesare Prandelli, who was officially unveiled as Marcello Lippi‘s successor yesterday, has vowed to do all he can to revive the fortunes of the soon-to-be deposed World champions.

Prandelli has signed a four-year deal with the Italian football federation (FIGC) to take over the reigns of the ailing Azzurri, and the former Fiorentina chief has refused to blame Lippi for the current state of the national team – insisting instead that Tuscan tactician has left behind a stable foundation on which to build;

“What has happened has happened, I want to transform the negativity into something positive.

I hope to organise a team based on real human values. There are difficulties, but I want to start off right, with determination and the will to do well.

I don’t have any recipes at the moment, just the will to start well. I want to salute Marcello Lippi, who is a World Cup-winning coach.

He leaves a certain mentality behind, the players are attached to the shirt, and we have to restart from this.”

Prandelli also believes that a major overhaul of his ageing squad is required if the Italian’s are to be restored to their former glories;

“We want quality players, of course the players will be debatable. We have to give strength and will to plan something interesting.

This is the highest point in my career. I don’t want to think about the difficulties. I start with optimism.

I want a national team with players of quality. They exist.”

The search is on. 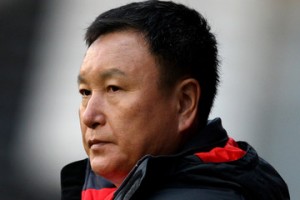 The coach of the South Korean national team Huh Jung-Moo has left his post after having to face a sh*t-storm of Internet criticism following his side’s second-round elimination from the World Cup (which was, incidentally, their best ever performance in a finals not to be staged on home soil).

“I’ve decided not to seek a second term. My family members suffered a lot. I want to have time to recharge myself and spend some time with my family.”

South Korea were thrashed 4-1 by Argentina in the last 16, and the manner of the defeat sparked a barrage of online attacks on the 55-year-old, with many criticising his decision to drop Cha Du-Ri from the defense in favour of Oh Beom-Seok.

Huh’s wife, Choi Mi-Na, told the Chosun Daily newspaper that she and their children had been deeply wounded by some of the more personal attacks.

“I told him he should quit … The coach and all my family members have been hurt enough.”

We’re Ghana have a party…

BBC commentator Jonathan Pearce was on hand to capture the celebrations of the Ghana squad, immediately after they had successfully seen off the USA to book their place in the quarter-finals.

Apparently, the Black Stars danced ‘non-stop in the hotel lobby for five minutes’ before ‘going to bed’.

“Seeing the way John Terry played against Germany, if I was Terry I wouldn’t be able to go back to my country.”

The truly awful pitch at the Nelson Mandela Bay Stadium is threatening to stifle the attacking play of the Netherlands and Brazil. (Guardian)

England coach Fabio Capello has received yet more backing from the FA board. Looks like his job may be safe after all. (BBC Sport)

Japanese defender Yuichi Komano is set to be awarded a medal by the governor of Wakayama (his native prefecture) for his efforts at the World Cup, despite missing the decisive spot-kick against Paraguay that saw his country knocked out of the tournament. (Reuters)

Today’s (Friday 2nd July) round is as follows: