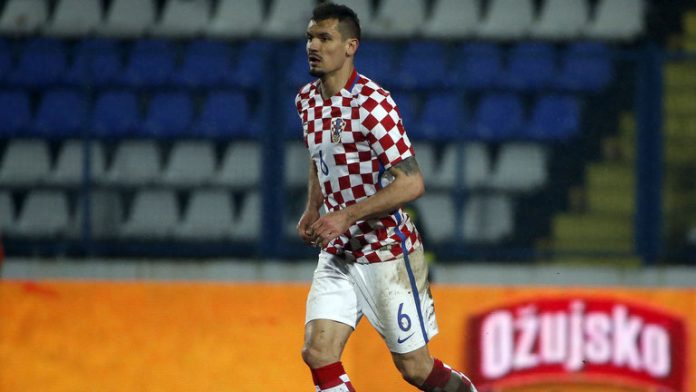 The penultimate day of the World Cup saw Belgium claim third place ahead of England with a comfortable 2-0 victory in St Petersburg.

Thomas Meunier and Eden Hazard got the goals for Belgium to cement their status as the undisputed best of the losing semi-finalists at the tournament.

Read on as we look at the main talking points from Day 30 at the World Cup.

Jurgen Klopp has insisted Liverpool centre-back Dejan Lovren is right to rank himself among the best defenders in the world.

The Croatia international made the statement after helping to knock England out of the World Cup at the semi-final stage.

Lovren spent much of last season in a Liverpool shirt looking like an accident waiting to happen and his headless chicken style of defending against England hardly shouted “best defender in the world” material.

Despite this, the Liverpool boss oddly agreed with Lovren’s comments.

“Yes – it would be better if somebody else would say that and not Dejan!” he said. “But actually he’s right.

“People don’t think about that, but if you go into detail it’s not a big surprise that Croatia are where they are.

“They don’t have world class full-backs, but in the end they don’t concede (yes they do Jurgen – five goals conceded at the World Cup).

“They are offensive in the midfield with (Ivan) Rakitic, (Marcelo) Brozovic, (Luka) Modric, so somebody needs to fix all that. Dejan is a big part of that.

“In the Champions League final, I didn’t see two better centre-halves than him – only more ruthless. That’s the thing.

“For me it’s no surprise. He played a really good World Cup, but to do it consistently is more important. We will work together for a long time, so I will have the opportunity to help him. Next time I will say it!”

Check out Sportslens next week as Klopp declares Loris Karius is the greatest goalkeeper in the world and backs Liverpool to win the league by 25 points.

England’s World Cup ended on a bum note with Saturday’s defeat against Belgium, but manager Gareth Southgate comes out of the tournament with plenty of credit.

There has been criticism in certain quarters (Roy Keane et al) that the Three Lions and their fans had got ahead of themselves, but Southgate’s comments after the Belgium game put that notion to bed.

“We don’t kid ourselves and we know the areas we hope to get better,” he said.

“We are very proud of what we have done. Against the best teams we have come up short, but we have had a wonderful experience. I couldn’t ask for any more from the players.

“We were 20 minutes from a World Cup final three nights ago.

“We haven’t hidden in terms of where we see our progress, but we also leave here having progressed a lot as a team.

“The experiences the players have had and the enjoyment is important in an England shirt. They would have learned a lot in victory and in defeat, and now we look to the future.

“We are also very realistic about the constant improvements we have to make.

“It has been nice to receive a lot of praise but, balanced with that, we have had a lot of reality as well.”

“We have some big fixtures in the autumn so they are great opportunities for us to develop and improve, try things, look at players and constantly try to evolve.”

Refreshing, honest and accurate. England are in safe hands.